Soldiers Attack Father And His Son, Confiscate Money, In Hebron 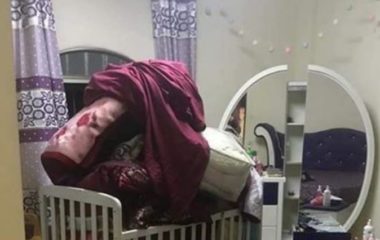 Israeli soldiers invaded, Saturday, a Palestinian home in Bani Neim town, east of the southern West Bank city of Hebron, assaulted the father and his son while violently searching their home, and confiscated cash from the property.

They added that the soldiers assaulted the Palestinian, and his son Soheib, repeatedly hitting them with their weapons and batons, before confiscating a sum of cash from the property.

In related news, the soldiers invaded several neighborhoods in Hebron city, in addition to nearby town of Beit Awwa, and installed many roadblocks at the main roads leading to Sa’ir and Halhoul, in addition to Hebron’s northern entrance, before stopping and searching dozens of cars, and interrogated many Palestinians while inspecting their ID cards.