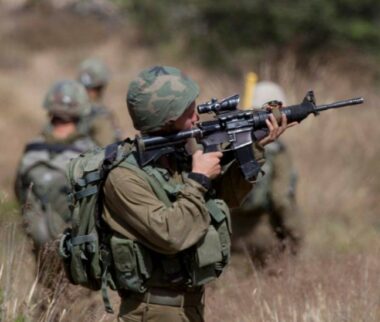 On Sunday, Israeli soldiers fired many live rounds and gas bombs at Palestinian farmers on their lands east of Gaza city.

Eyewitnesses said the soldiers, stationed across the perimeter fence, fired many live rounds and gas bombs at the farmers and their lands east of the Sheja’eyya neighborhood, east of Gaza city.

They added that the attacks forced the farmers to leave their lands, fearing further escalation by the military.

On Saturday evening, the soldiers injured many Palestinians east of Beit Hanoun, in the northern part of the besieged Gaza Strip.