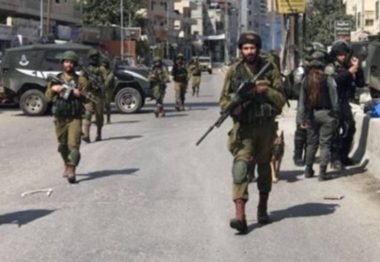 The invasion was carried out by dozens of soldiers and officers, in a number of armored military vehicles.

Eyewitnesses said the soldiers invaded and searched several shops in the refugee camp, inspected tax invoices and purchase orders, and attacked many Palestinians.

They added that the border guard officers, the military branch of the Israeli police force, also issued tickets to several cars, parked in the refugee camp.