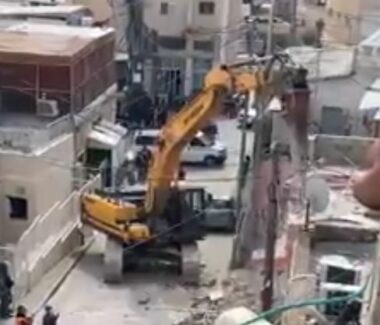 Mohammad Tarshan, the owner of the demolished stores were in the same sixty square/meter building and added that the destruction was carried out without prior notice.

Tarshan stated that the stores were built by the family more than 50 years ago on their own land.

On October 28, 2020, the soldiers demolished the second floor of the building under the pretext of being constructed without a permit from the City Council in occupied Jerusalem.

In related news, the Israeli soldiers demolished an under-construction home in Teqoua’ town, southeast of Bethlehem, south of occupied Jerusalem in the West Bank.