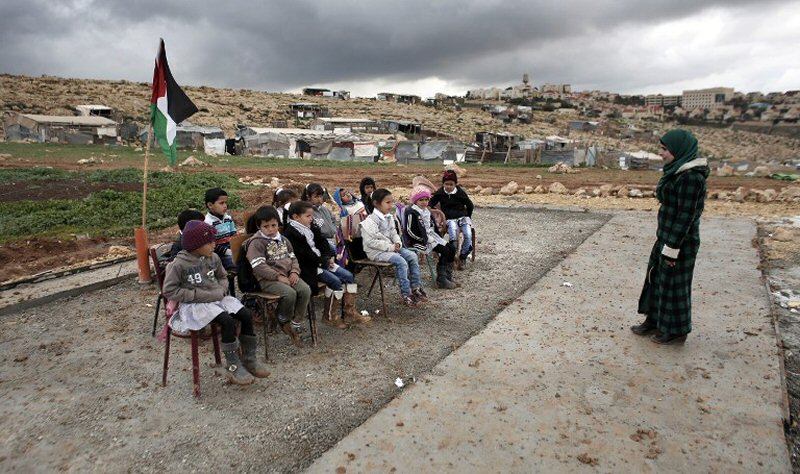 Local sources  reported that soldiers raided the schools, destroyed its doors, wreaked havoc, and took over equipment which was being used to continue the building process.

The sources noted, according to Al Ray, that there was a precautionary decision not to demolish the school.

It is noteworthy that the school was established with the assistance of popular resistance activists, whereas the Israeli military threatened to demolish it. The number of students is nearly 60.