Soldiers Detain And Interrogate Dozens Of Palestinians In Jenin 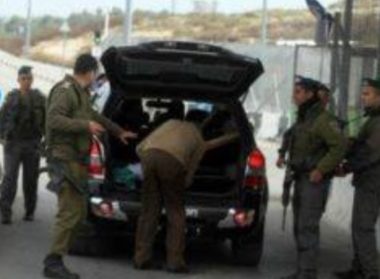 Israeli soldiers installed, on Sunday evening, a military roadblock at the entrance of Kharrouba neighborhood, in the northern West Bank city of Jenin, before detaining many Palestinians while inspecting their ID cards.

Eyewitnesses said the soldiers stopped and searched dozens of cars and residents and were questioning many Palestinians.

They added that, although the soldiers did not abduct any Palestinian in this incident, they detained many of them for a few hours, before eventually allowing them to leave.