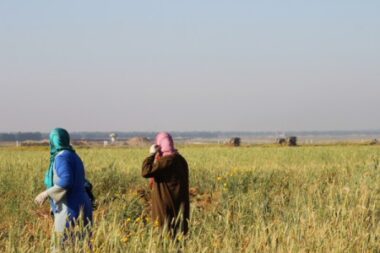 Israeli soldiers fired, on Saturday morning, several rounds of live ammunition at farmers on their lands east of Khan Younis, in the southern part of the Gaza Strip.

Eyewitnesses said the soldiers, stationed across the perimeter fence, east of Khan Younis, fired several live rounds at the farmers while working on their lands, forcing them to leave in fear of further violations.

They added that the soldiers also fired live rounds at a sanitation truck east of Khan Younis.

The attacks are part of ongoing Israeli violations against Palestinian farmers, shepherds, and workers in areas near the fence across the eastern parts of the coastal region, and the fishermen in Palestinian territorial waters, leading to dozens of casualties, including fatalities.