Soldiers Injure And Abduct A Palestinian Near Nablus 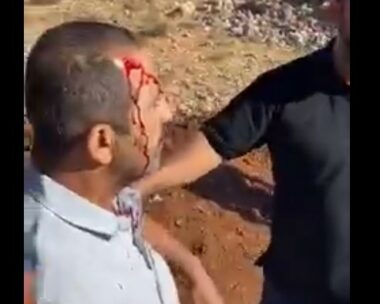 Israeli soldiers injured and abducted, Thursday, a Palestinian after the army attacked many residents defending their lands while the military bulldozers were uprooting them, near Nablus, in northern West Bank.

Ghassan Daghlas, a Palestinian official who monitors Israel’s illegal colonialist activities in the northern West Bank, said the soldiers, accompanied by bulldozers, invaded the lands in the Wad Yasouf area between the towns of as-Sawiya and al-Lubban ash-Sharqiya and started uprooting them.

Daghlas added that the soldiers assaulted a Palestinian, identified as Nael Oweisa, wounding him in the head, before abducting him.

It is worth mentioning that the soldiers and colonialist settlers started uprooting Palestinian lands to pave segregated roads leading to colonies in the area.