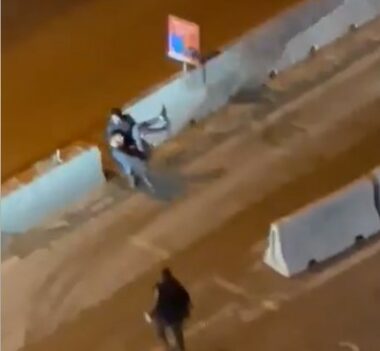 On Wednesday at night, Israeli soldiers injured three young Palestinian men, including one who suffered life-threatening wounds, in Qalandia refugee camp and abducted two Palestinians in Kafr Aqab, north of the occupied capital, Jerusalem, in the West Bank.

The Palestinian Health Ministry has confirmed that the soldiers shot three Palestinians with live fire, adding that one of them was seriously injured due to a gunshot wound to the abdomen before he was rushed to surgery.

It added that the two other wounded Palestinians were shot in the lower extremities; all three were rushed to Palestine Medical Complex in Ramallah.

The invasion also led to protests before the soldiers fired concussion grenades and gas bombs.