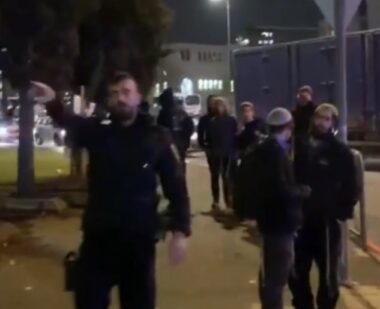 Illegal Israeli colonizers fired, on Wednesday evening, many live rounds at Palestinian homes in the Sheikh Jarrah neighborhood in occupied Jerusalem, in the West Bank.

Eyewitnesses said the colonizers invaded an area close to the illegal Mea Shearim colony and fired many live rounds at the Palestinian homes before fleeing the scene,

They added that Israeli police arrived at the scene and removed the Palestinians who gathered in the area to see if the families were hurt or needed immediate help.

The soldiers also assaulted a young Palestinian man, before abducting him, and moved him to an interrogation facility; no Israeli colonizers were detained or even questioned by the police.

The families in Sheikh Jarrah, who are still facing displacement due to Israel’s illegal policies and colonialist activities, have been subject to escalating violations by the colonizers, who attacked homes and cars, causing damage, in addition to assaulting the residents themselves, leading to many injuries.