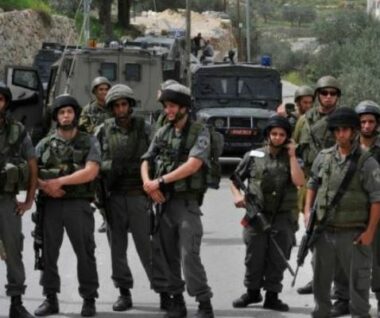 Israeli soldiers invaded and searched, Sunday, many homes in the southern West Bank city of Hebron, in addition to several communities near the city, and installed roadblocks.

They added that the soldiers interrogated several Palestinians while inspecting their ID cards.

The soldiers also invaded the Hneina area and the at-Tabaqa village, south of Doura city, before searching homes, barns, and farmlands owned by Palestinians from Amro family.

In addition, the soldiers installed roadblocks at the main entrances of Sammoa’ and Yatta towns, in addition to Hebron’s northern road, and closed the iron gate at the entrance of the al-‘Arroub refugee camp.

The soldiers stopped and searched many vehicles and interrogated the Palestinians while inspecting their ID cards.