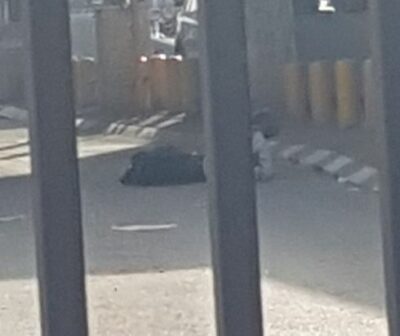 Israeli soldiers shot and seriously injured a Palestinian, Monday, reportedly after he attempted to stab them, at the Qalandia terminal, north of occupied East Jerusalem.

The Israeli army claimed the man was walking toward the soldiers and refused to heed to their demands to stop, and “attempted to stab them.”

It added that the soldiers shot the Palestinian, inflicting serious wounds. The army did not report any injuries among the soldiers.

Following the incident, the soldiers closed the terminal, preventing the Palestinians from crossing in both directions, and forced them to leave.

It is worth mentioning that, earlier Monday, the army launched a massive invasion into Qalandia refugee camp, leading to protests.

Israeli Ynetnews has reported six border police officers were injured during the invasion, and claimed that the officers were attempting to arrest three Palestinians, believed to be members of what the army called a “car theft ring.”

It stated that the Border Police unit is specialized in what it called “covert operations in hostile territory,” and claimed that the Palestinians “hurled washing machines, and concrete blocks at the officers.”

During the early Monday invasion into the refugee camp, the soldiers shot four Palestinians, including three who suffered life-threatening wounds, and abducted two others.

In related news, the soldiers invaded, the Deheishe refugee camp, south of Bethlehem, south of Jerusalem, shot four young men with live fire, in addition to storming and searching homes, before abducting two Palestinians. The army also abducted two young men from their homes in Doha city, west of Bethlehem.

The army also abducted four Palestinians, three of them from Qalqilia, in northern West Bank, and one from occupied Jerusalem, who was taken prisoner instantly after his release after he was held captive for more than five years. 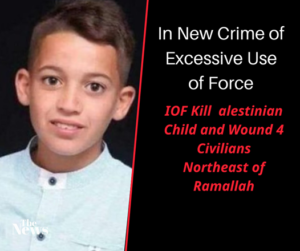 In related news, the soldiers demolished two rooms, built on private Palestinian lands in the al-Minya village, southeast of the West Bank.

On December 4th, the soldiers killed a Palestinian child, identified as Ali Ayman Abu Alia, 13, during a peaceful march in his village of al-Mughayyir, northeast of the central West Bank city of Ramallah.