Soldiers Shoot A Palestinian Before Abducting Him In Hebron 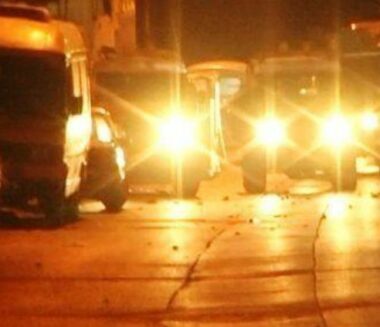 Late Monday night, Israeli soldiers invaded Kharsa village, southwest of Hebron, in the southern part of the occupied West bank, and shot a young man before abducting him.

Media sources said the invasion was conducted by many military jeeps, leading to protests in several parts of the village.

The soldiers fired many live rounds, wounding Abdullah Ahmad Abu Sbaa’, 21, with a live round in the leg, before abducting him.

The soldiers also closed many streets in and around the invaded town and prevented the Palestinians from entering or leaving it.

On Tuesday dawn, dozens of soldiers invaded several areas in Jenin, Nablus, and Hebron, in the West Bank, leading to protests.