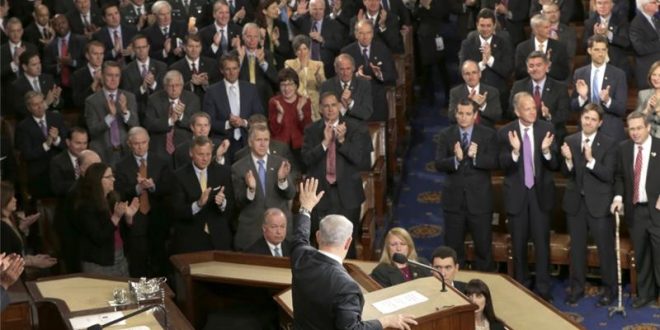 Recently, the Obama administration has signed a $38 billion deal to Israeli military aid for the fiscal years 2019- 2028. Following the announcement, an IRmep poll fielded by Google Consumer Surveys revealed that 80.8% of the U.S. adult Internet user population says they would redirect the proposed spending toward other priorities.

However, according to the PNN, the American administration is still going strong with its arm trade policy.

On 25 Sept, Netanyahu met with the two U.S. presidential candidates, Donald Trump and Hillary Clinton, who pledged strong allegiance to Israel, whether it Trump’s vow to acknowledge “undivided Jerusalem” as the capital of Israel, or Clinton promising security to Israel through military aid deals.

When the leaders of a country are the biggest supporters of Israel in the world, some of the young voters find themselves dissatisfied, out of choice and forced  to vote for the “lesser of evil,” without agreeing with their policies.

In midst of all that, Terry McIntosh, chairman of the Jesus Christ Embassy Palestine and author of Resurrection Palestine, is running for congress,  independent from political parties whom he believes “have deserted their base.”

When asked about his campaign, McIntosh said he is running for the theme of change, and to evict from office the people who do not have the country’ s best interest in heart. This would be done through political exposure and making sure that voting for bills is done transparently and not behind closed doors.

Not only is he running against corruption, national debt, gun control, and Foreign policy,  Terry is also campaigning against the ongoing Israeli occupation of Palestine.

In his book that was published in 2014, McIntosh  refers to DNA proof showing the relationship between the Palestinians and Jews, by tracing bloodlines of prophets, refuting the Israeli narrative of the Torah by tracing  the name of Israel (man) was first placed upon the ancestors of today’s Palestinians, not Zionists who chose the name Israel to make the world accepted the illusion that the Zionist state represents all of Israel’s descendants.

Even despite facing a major powerful community of voters who are “automatically programmed” to support Israel in midst of unconditional political aid, Terry says that he is still willing to work for the Palestinian cause for the nobility of it.

McIntosh said that one of his main proposals will be recognition of Palestinian equal rights, a just and lasting peace for  the Palestinians.

“The mainstream media  has succeeded to create  the image of Israel as constantly under threat in order to justify its war crimes. However, this is more and more being revealed slowly.”

BDS and Financial Aid to Israel

According to McIntosh, the Boycott, Divest and Sanction (BDS) movement, and restricting the policy of unconditional financial aid to Israel, is a way of creating awareness, and making Israel understand that ‘it needs to stop.’

“Israel needs to recognize that there’s a price to be made if it’s going to neglect the human rights and needs of other human beings. The government is taking American tax money, my money and others’, and giving it to Israel for weapons of war. It is all a special interest and profit in war. What I want to propose is money that money given to Israel is conditional to standards and comply to demands.”

McIntosh stressed the responsibility of the voters towards change and the need  to learn about the situation in Palestine, in order to change the current Foreign policy of the U.S. that needs to acknowledge responsibility towards international community.

“I’m not going as a party member, I’m not going to make friends, and I’m not going to worry what they think of me personally. I’m going for the issue that congressional rules require a committee  vote if it’s demanded… If you don’t force a politician to do something, they will never do it, there’s a legal way to force them to take action.”

Away from the Israeli military issue, McIntosh added  that the money going into the PA also needs to be monitored to ensure that it goes into the right place and not to an individual person, to develop the Palestinian infrastructure.

In his word to Palestinians, McIntosh said “Never give up hope, you are not alone. It’s not only me there’s many others who are now beginning to come on board and realize that there’s a lot wrong with our foreign policy here and we want to see it correctly. From a personal level, I remind Palestinian people that God’s promises of reconciliation are for the Palestinians so hold on to those promises and be patient.”

“The Netanyahu government cannot outlast God, truth will always surface, and the propaganda that is so dense and immense that the people can’t go through it but there is a ray of light.”