The ‘Deal of the Century’ Struck between Reckless Leaders 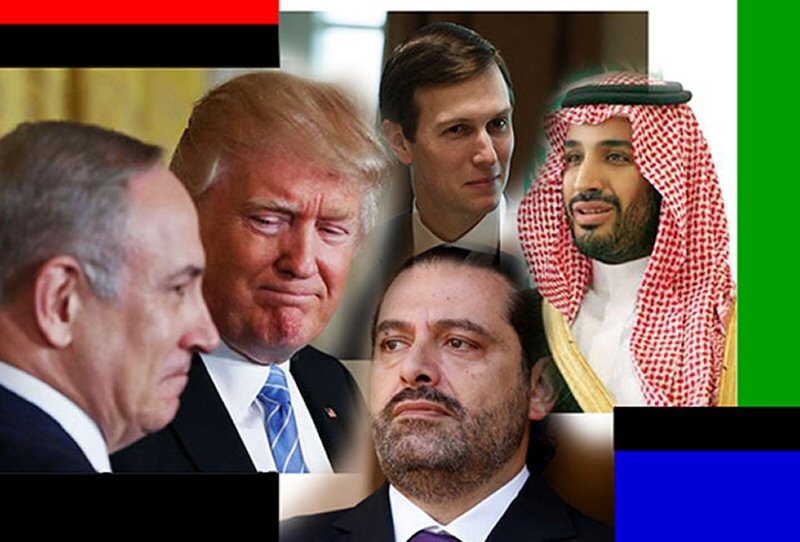 One of the issues which had been taken widely with discussions, since the start of Trump’s term, is the “deal of the century.” It might and might not deserve this discussion. Let’s see!

The “deal of the century” is the mystery phrase used amid the ongoing tension in the Middle East. It seems that this “deal” is so secretive that there are those who believe it is a delusion that will never get off the ground. Meanwhile, others confirm that arrangements have already been made and that the deal will surface in a matter of time, which will impose widespread Arab subjugation to the Israeli concept of a political agreement to end the Palestinian cause.

Any concern regarding such vague projects is justified. How else should we feel when the person who is supposedly the sponsor of the alleged new project, US President Donald Trump, boasts that he is the only person who can resolve the chronic crises in the region? He does so in his own way, using big sticks to force US allies and partners, before the fearful followers, to surrender to the plan.

The White House is well aware that the leaders of the Arab world are currently panicking over their fate and the future of their regimes. They are possessed by fear of their own people and rivals. Some of those who live in fancy palaces are throwing a reckless party full of surprises before the eyes of the world, and do not hesitate to sacrifice the rights of the Palestinians in order to guarantee US support for themselves. This wild state has pushed many of them towards actions that lack any rational, strategic logic. They do not care about the extortionate price to be paid for external political cover from the West for their authoritarian rule based not on the will of the people, but on security domination and empty promises. They compete to gain the pleasure of Washington and European capitals.

If it ever does get off the ground, the “deal of the century” between the Israelis and Arabs will establish a state subjugating the people to the power of tyrannical regimes. Rulers isolated in their palaces are counting on pleasing Western capitals by means of cooperating blindly with the Israelis and promises of “bold religious reforms”. They will also continue to talk a lot about “combatting terrorism and extremism” in order to receive Western praise.

Hence, it is no surprise for the Arab tyrants to get closer to Benjamin Netanyahu’s right-wing extremist government in Israel, with complete disregard for their own people, who have not been consulted about such “normalisation” of relations or possible agreements and effects. The people will have a fait accompli imposed on them by their rulers. Meanwhile, the Palestinian people, their inalienable rights and central cause in the region will be neglected with the launch of negotiations; these will be a formality, with optimistic smiles flashed at a new handshaking ceremony.

Concern is also justified because previous deals between Arabs and successive Israeli governments over the past four decades have not achieved justice. Instead, they have helped sustain and prolong the occupation, and strengthen its presence, while continuing to deprive the Palestinian people of their basic rights and ensuring Israeli military, political and economic domination.

In order to pass such a “deal” the will of the Arab people whose governments decide to go along with this new charade must be repressed. The people must be prohibited from expressing any doubts regarding the adopted approaches. What we are witnessing on the ground reinforces this; the Arab world is passing through a phase of tyranny and oppression. This is accompanied by a widespread retreat of the gains made in terms of media freedoms. The authorities dreaming of the “deal of the century” are currently dominating private media outlets and imposing specific content on social networks by means of strict laws to deter anyone from going against the official narrative, or even hinting thereat. These authorities have also recruited “electronic armies” to flood networks with propaganda around the clock in favour of the ruler and government, seemingly as if the people are with them and all that they do.

Indicators suggest that the “deal of the century”, whether real or not, is a game of manipulation in this volatile region. It does not involve openness, transparency and respect for international law or basic rights. The result, in the best case scenario, will not be peace, but rather the exacerbation of existing crises and the explosion of issues that are bubbling under the surface.

Such a deal will only take place by pressuring the weak Palestinian leadership and forcing it to hide its pain in the face of what is being imposed on it and the region as a whole. It is clear that the pressure has already started, as evidenced by the American measure to close the PLO office in the US.

Ultimately, it would be delusional to assume that such a project, agreed upon between arrogant and reckless leaders like Trump, Netanyahu and some Arabs, would actually succeed in achieving what a century of projects and deals in the region has failed to do. Simply calling it the “deal of the century” does not make it so. Such projects and deals overlook fundamental facts in the region, the first of which is that there is a living nation promoting their cause and they have not decided to comply with tyrannical demands; the Palestinian nation will not surrender.