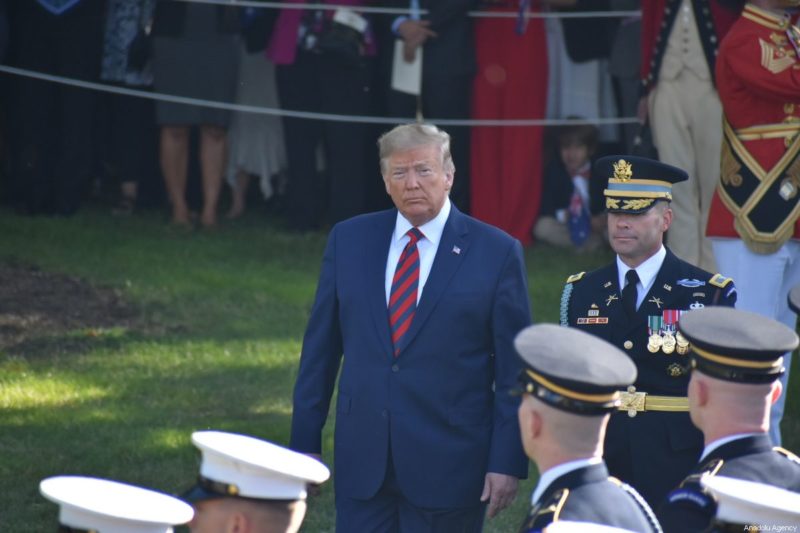 by Adnan Abu Amer, for Days of Palestine

Palestinians and Israelis are following the ongoing constitutional measures to impeach US President Donald Trump with great interest. They want to know what the implications will be for the so-called deal of the century; will, for example, its formal announcement have to be postponed due to Trump being otherwise engaged? There is also a nagging fear that the US President will be impeached, and that it will have negative consequences for Washington’s already waning involvement in what passes for a peace process.

The Palestinians welcome the legal and constitutional procedures against Trump, not least because he has put them under great pressure to accept the deal. Moreover, the so-called US peace envoys have stopped visiting the region, and Jason Greenblatt has announced his resignation. This coincided with Israel’s General Election and the political deadlock that has resulted.

The predictions are that impeachment measures will put an end to the Deal of the Century. It may well be postponed until Trump’s second term, assuming that he isn’t impeached, stands for office, next year, and is re-elected. All of this will keep Trump preoccupied, which is bad news for Israel; international affairs are not likely to be very high up on his agenda. Even if the impeachment is unsuccessful, he will be left humiliated and discredited.

In Israel itself, if Benjamin Netanyahu cannot form a coalition government, then it is possible that his great friend Trump’s influence and prominent role in the Deal of the Century will fade. Greenblatt’s resignation leaves behind conflicting opinions about its impact on the deal. As an ardent Zionist and supporter of illegal settlements, he has always spoken up, on Israel’s behalf, to the international community.

What’s more, Greenblatt has often acted as Netanyahu’s mouthpiece on other issues, regarding not just the Palestinians, but also Iran and Hezbollah. He has always been critical of Israel’s enemies, and his imminent exit from the stage means that the Zionist state is losing one of its best friends. As the President’s former lawyer and a conduit between Tel Aviv and the White House, Greenblatt has always been trusted by Trump.

The Palestinian Authority (PA), meanwhile, viewed Greenblatt as an unwelcome figure, because he refused to meet with its leaders, opting to argue with them instead. They have accused him repeatedly of representing the position of Israeli settlers and standing with the far-right side of the Israeli government coalition.

While Greenblatt has shown Palestinians the level of attention which the Trump administration has paid to Israeli interests, over anything else, having him out of the picture could be an opportunity for the PA to show more flexibility towards Washington and its plans for peace in the region.

Greenblatt’s resignation could also weaken the chances for the Deal of the Century to actually be announced, due to disagreements between the White House and the US State Department. They cannot agree on whether to release details piecemeal, while Netanyahu is still prime minister of Israel, or wait until a new government is formed and the results of the corruption cases against him are known.

With Trump’s constitutional crisis to consider, as well as Greenblatt’s resignation and the political deadlock in Israel, Palestinians and Israelis are adopting contrasting positions regarding the deal and its announcement. Israeli officials, of course, already know the details, as does Netanyahu.

Alongside these developments, Trump’s son-in-law and special adviser, Jared Kushner, has met with many officials and leaders in both the Arab world and Israel, and tried to learn from past mistakes which prevented previous “peace plans” from succeeding.

The next Israeli government has the critical task of dealing with a far from simple plan which many Palestinian, Israeli and Western commentators are saying is already dead and buried. This is hardly surprising, because, from what we know already, the deal makes no mention of the declaration of a Palestinian state, nor an Israeli withdrawal from the West Bank along the 1967 borders. If Palestinians reject the deal formally, it is hard to see how any Arab state could agree to it; even non-democratic governments are sensitive to public opinion and will not want to be seen as having sold out the Palestinian cause in return for US aid.

Israel fears that the deal will concede what it believes are essential areas which it currently occupies and intends to keep, across the West Bank. A Palestinian state will never be established in such areas, but it is clear that the PA is now part of the established status quo, which Israelis are finding hard to accept.

The Palestinians are waiting to see what they will receive from the deal; will it be a state or stunted autonomy? Based on the leaks so far, they know that economic development and open markets will be more than likely factors to consider.

It is important to note that the deal will ask the Palestinians to agree to Israeli control of their borders, including the Jordan Valley, which Netanyahu has threatened to annex. The US will recognise Israeli sovereignty over illegal settlement blocs built on up to 10 per cent of the West Bank, and declare that they have been annexed. In exchange for Palestinians abroad conceding their legitimate right of return, they will be offered financial compensation.

If the leaked details of the deal are to be believed, then Washington is repeating the mistakes of the past, as regional recognition of Israel will not be essential; the Palestinians will not abandon the path of armed resistance; and it will be difficult for Israel to reject the proposed plan.

An objective reading of the outcome of the Deal of the Century, in light of the complexity of the political scenario in the US, at the moment, suggests that the Americans may announce the details despite reservations from both Palestinians and Israelis. This means that the deal will go down in history as yet another document for the archive, alongside hundreds more plans and projects that led nowhere.

While this deal may not be implemented, for various considerations affecting Palestinians and Israelis, it will have serious implications for the future of the conflict, most of them positive for Israel. Not so for the Palestinians, though, who will probably see the refugee issue taken off the agenda altogether, severely curtailed at best. Therein lies its major threat.

Adnan Abu Amer is the head of the Political Science Department at the University of the Ummah, in Gaza.

Opinion/Analysis 09/30/19 Malaysian PM to United Nations: “Israel is the Origin of Modern Terrorism”