“Too dangerous” with 4682 Facebook Friends: Palestinian Astrophysicist Charged with Incitement in Military Court 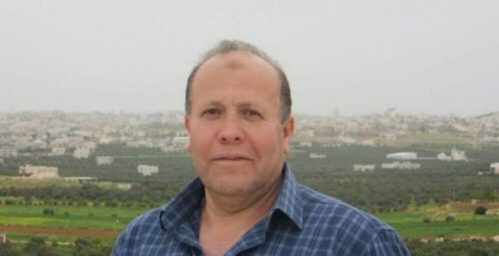 Palestinian astrophysicist Imad Barghouthi faced a second hearing yesterday, 13 June in Israeli military court. Barghouthi, 54, is a professor of space plasma physics at Al-Quds University; he was arrested on 24 April as he traveled from Nabi Saleh to his home in Beit Rima.

Barghouthi, whose work is internationally renowned and who has received the support of scientists and academics around the world, was ordered to three months in administrative detention, imprisonment without charge or trial. Originally, his administrative detention order was decreased to two months, and then his release ordered after a month of imprisonment, following his lawyer, Jawad Boulos, presenting the statements and petitions of hundreds of international scientists supporting Barghouthi’s case.

Most recently, the University and College Union, a UK union representing over 100,000 academic workers, researchers and others, passed a resolution at its Congress calling for Barghouthi’s release and pledging to write Israeli and British officials, and distribute a Samidoun alert on the case.

However, instead of releasing Barghouthi, the Israeli military prosecution charged the professor with “incitement” for his writings on Facebook. Over 150 Palestinians have been arrested and accused of“incitement” for posting on social media, most commonly for posts in support of Palestinian resistance or with praise or mourning for Palestinians killed by Israeli occupation forces.

At the military court hearing yesterday, the military judge rejected a plea to release Barghouthi to house arrest – where he would be kept from his own home and denied access to the internet; instead, he was ordered imprisoned until the end of the process, arguing that he was “too dangerous” to be released. The military indictment lists numerous counts – all of which are Facebook posts, and labels Barghouthi an “influential public figure,” because he has 4962 Facebook “friends” and 1684 Facebook “followers.”

The military trial itself – where this indictment will be read and Barghouthi asked for a reply – will begin on 12 July.