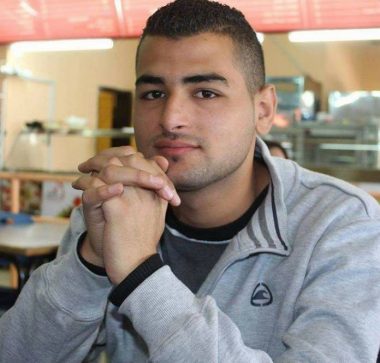 The Palestinian Prisoners’ Society (PPS) has reported that a detainee from occupied Jerusalem, is suffering complications and severe pain, due to torture during extended interrogation by Israeli soldiers.

It said that the detainee, Omar al-Kiswani, was abducted by the soldiers, on March 7th 2018, after the army invaded Birzeit University, in Birzeit city, in the central West Bank governorate of Ramallah; the Palestinian is the elected head of the Students’ Senate at Birzeit University.

Al-Kiswani, from Beit Iksa town near occupied Jerusalem, was subject to ongoing interrogation, and torture at the al-Maskobiyya interrogation facility, in Jerusalem, and was tied to an iron chair for roughly eighteen hours each day.

He was punched and kicked by the soldiers, in addition to being repeatedly stuck with electric batons on several parts of his body, causing many serious sores, cuts and bruises, but was only given painkilling pills, without being seen by a healthcare professional.

Al-Kiswani was also verbally and emotionally assaulted and abused by the soldiers, and was denied the right to council for two months.