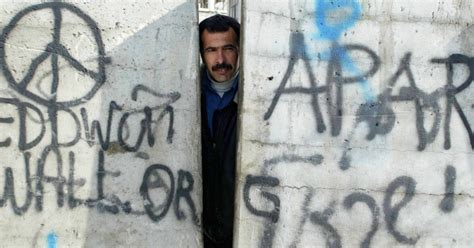 By Niall Ó Brolcháin – IMEMC – 30 January 2020: Donald Trump’s ‘Deal of the Century’ got the endorsement of British Prime Minister Boris Johnson in the Houses of Parliament yesterday. Labour leader Jeremy Corbyn, quite rightly, warned that it ‘would lock-in illegal colonization’ and deny the Palestinian people their fundamental rights.

Not only does this ‘deal’ – concocted by the impeached President of the United States (with a little help from, among others, his Zionist son-in-law, Jared Kushner) and the indicted Israeli Prime Minister Benjamin Netanyahu – ‘lock-in illegal colonization’ of the West Bank, it also annexes the Jordan Valley, the Golan Heights, gives Israel full control over the entire Old City of Jerusalem and all borders from the Jordan River to the Mediterranean Sea.

There would be no ‘right of return’ for Palestinian refugees to their homeland in what became Israel in 1948, and the Palestinians who are currently living there would be scattered around what is left of the West Bank and Gaza.

The new ‘state’ of Palestine would have no sovereignty, control of its borders, airspace or maritime territories or any chance of its capital being Jerusalem. Gazans would still have to endure the inhumane conditions under which they are now imprisoned, hemmed in on all sides by Israel, Egypt, and the Sea.

The Trump-Kushner Plan is a continuation of the ethnic cleansing of the Palestinian people from their homeland since before the Nakba catastrophe of 1948. The Zionist project has gradually been trying to obliterate Palestine from the map since, denying the Palestinian people their legitimate rights, in contravention of numerous United Nations Resolutions, the Geneva Conventions, and international law.

Gideon Levy, of the Israeli daily Haaretz said it was the “final nail in the coffin of the walking corpse known as the two-state solution, and created a reality in which international law, the resolutions of the international community and especially international institutions are meaningless”. And he was right!

Former Israeli Prime Minister Ehud Barak said in 2010 that Israel was becoming an “apartheid” state. In 2017, the current President of Israel, Reuvin Rivlin, spoke out against the law that uproots Palestinians to accommodate the arrival of new settlers, saying that the law “will cause Israel to be seen as an apartheid state”.

Israel already is an apartheid state. Just like the black indigenous majority population of South Africa, the Palestinian people are physically, emotionally and politically separated into non-contiguous enclaves in the Gaza Strip and West Bank.

The Trump-Netanyahu plan further thrusts this apartheid regime onto the Palestinians. Just like the blacks of South Africa, the Palestinians would be ‘given’ autonomy in civil matters such as healthcare and education but critical areas such as security and external affairs would all be under Israeli control.

Just like the South African apartheid model, the Trump-backed Israeli plan defines Israel as a Jewish state, a state which rules and occupies more Palestinians than Israeli Jews.

Meanwhile, the almost daily killing and maiming, harassment, demolition, dispossession and displacement continues and the international community, it seems, is oblivious to the facts. Very little airtime is given in Western mainstream media circles to the atrocities which are occurring regularly.

The Israeli Information Center for Human Rights in the Occupied Territories, B’Tselem, has reported that in 2019 alone, the Israeli Occupation Forces killed 133 Palestinians, 28 of whom were children.

B’Tselem’s investigations found that almost all casualties resulted from the reckless open-fire policy Israel applies in the Occupied Territories: bombing densely populated areas, unlawfully shooting unarmed demonstrators near the fence between Gaza and Israel, and opening fire in incidents of assault or stone-throwing when there is no threat to anyone’s life.

On this day 48 years ago, 30 January 1972, British soldiers shot dead 13 unarmed civil rights protestors in the town where I am writing this article from, Derry City in the North of Ireland. Another man would die later from injuries he sustained on that fateful day and many more were injured.

After an initial cover-up and whitewash by the British Widgery Report, and years of campaigning by the victims’ families, a second inquiry was launched and the 5,000-page Saville Report found that the first shot in the vicinity of the march had been fired by the British army and that there was no justification for the shooting of the civilian casualties.  It also found that none of the soldiers had fired in response to attacks by those throwing projectiles and that none of those who were shot were armed or had posed any threat to the soldiers.

Upon the issuing of the report in 2010, British Prime Minister David Cameron went before Parliament to apologize for the shootings.  The following year, the British government announced that it would offer financial compensation to relatives of the victims.

Only one of the paratroopers involved in the murders on that day will face charges relating to the atrocity.  ‘Soldier F’ is soon to stand trial for the murders of James Wray and William McKinney and the attempted murders of Joseph Friel, Michael Quinn, Joe Mahon and Patrick O’Donnell.

Thankfully, that would never be allowed to happen here again. Nor should it be allowed to continue happening to the Palestinian people whose only demands are legitimate human and civil rights.

The idea of a two-state solution is buried. The only solution is a democratically-elected, one-state, brought about by international pressure like that which led to the downfall of the apartheid South African regime. The only way to achieve this is through BDS – Boycott, Divestment, and Sanctions!!