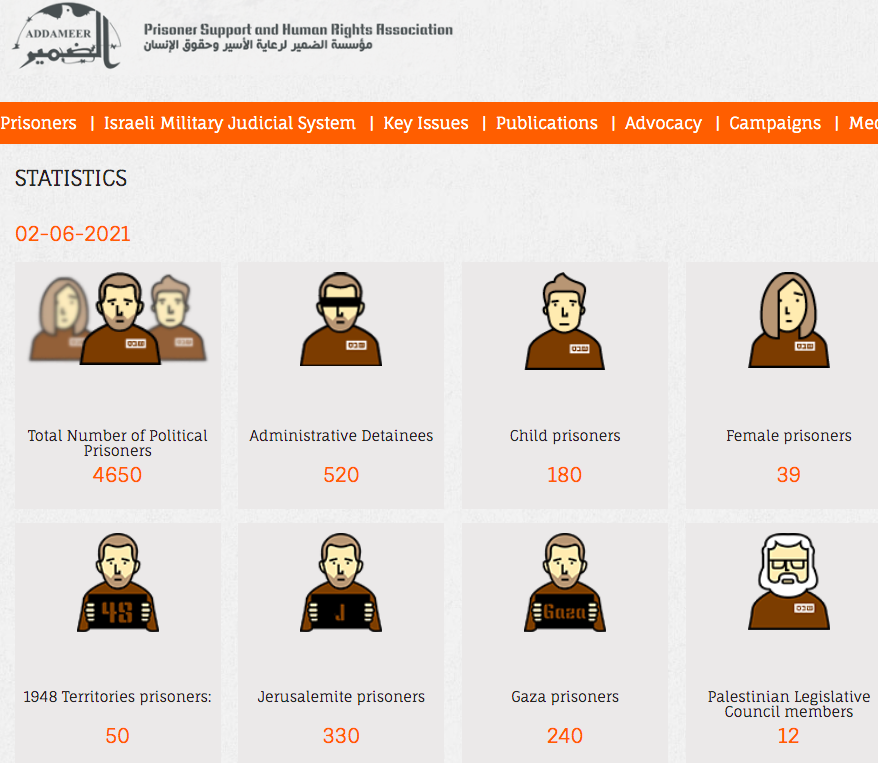 The first prisoner, Omar Shami, 18, from Jenin in the northern occupied West Bank, has been imprisoned by Israel since April of 2020, and sentenced to one year, however he was not released.

Shami was informed of the four month Administrative Detention without charges, which prompted him to initiate a hunger strike in opposition to the decision.

Another Palestinian from Jenin, Yousef Imad Amer, 28, a former prisoner who has served a total of 8 years in occupation jails, also began a hunger strike on Thursday.

Amer has been imprisoned since June 2020, and was scheduled to be released on June 2, 2021, but Israeli authorities imposed a four month administrative detention sentence against him, without charges.

Khader Adnan, 43, a political prisoner held by Israel, declared a hunger strike on May 30th, when he was abducted by Israeli soldiers, according to the PPS.

According to Addameer – the Prisoner Support and Human Rights Association, there are currently 520 Palestinian Administrative Detainees held in Israeli prisons, with no charges or trial.