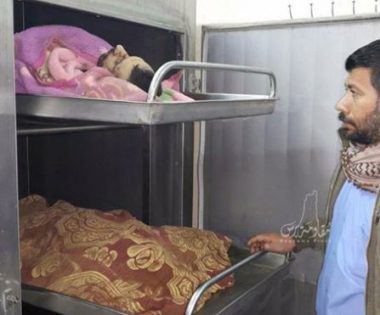 The Israeli air force fired, on Thursday morning, several missiles targeting a siege-busting commercial tunnel close to the Egyptian border, in Rafah, in the southern part of the Gaza Strip, killing two Palestinian workers, and wounding at least five others.

Spokesperson of the Health Ministry in Gaza, Dr. Ashraf al-Qedra, said the two slain Palestinians have been identified as Husam Hameed Soufi, 24, from Rafah, and Mohammad Anwar al-Aqra’, 38, from Gaza city.

Dr. al-Qedra added that five Palestinians were injured in the strike, some of them suffered moderate-severe wounds.

Palestinian medics and rescue teams rushed to the bombarded tunnel, and dug the bodies of the two Palestinians out.

Although the Israeli army denied any relation to the bombings, eyewitnesses confirmed seeing the Israeli war jets firing missiles into the border area, before retreating.

The strikes were not isolated from several aerial bombardments, and artillery shells fired by the Israeli army against various areas in Gaza, especially near the border, in addition to sites run by the al-Qassam Brigades, the armed wing of Hamas.

The army has also been conducting daily limited invasions into Palestinians lands, and bulldozing them, close to the border fence, in addition to firing live rounds at homes, lands and the repeated attacks against the fishermen in Gaza territorial waters.

Local sources said that Mohammad was on his first day of working in the siege-busting tunnel, and that he was trying to financially support himself and his family, facing unemployment and extreme poverty because of the ongoing deadly Israeli siege on the Gaza Strip.

On Tuesday evening, the navy opened fire at Palestinian fishing boats, close to the shore in Rafah and Khan Younis, in the southern part of the besieged Gaza Strip.

On Tuesday morning, the navy fired several live rounds at Palestinian fishing boats, in Gaza territorial waters, close to the shore in the northern part of the coastal region.