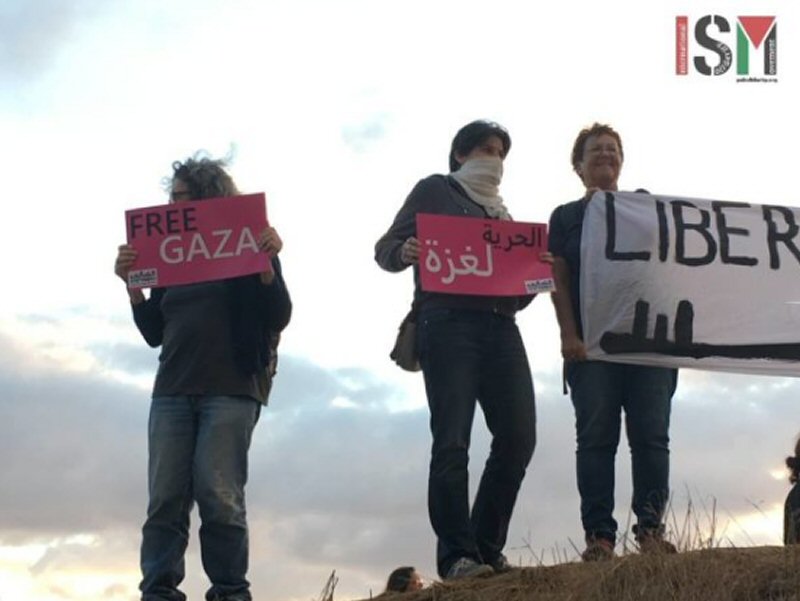 Last Friday, nearly fifty Israeli and ISM protestors demonstrated at the Gaza Border, in solidarity with nearly 15,000 Gaza protestors heading toward the border. This action was in conjunction with the weekly Right of Return March.

As the activists were confronted by a couple of Zionist counter-protestors and Israeli occupation forces, on the 48 border side, the soldiers opened fire on Gazan protestors marching to the border. The Palestinian and Israeli activists spoke on the phone via a loudspeaker from opposite sides of the border. During the conversation, a Gazan protestor was shot in the leg. 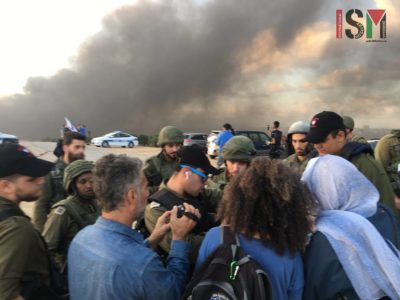 There were so many mixed emotions going through my head. This was my first trip to the Gaza Border and it was totally different from how I imagined. The area is beautiful despite the circumstances. I’d always thought Gaza was a desert area. This assumption was totally wrong. Every day that I’m in the Occupied Territories, the more I’m seeing.

Most Israelis are living in a false reality. This was hammered into my head from the ride to the border. The Zionists have made an effort to “green” inside the 48 borders, thus, why they call the border the ”green” line. They’ve planted European landscape that is foreign to the Middle Eastern terrain. This effort has wasted valuable water resources, while there are daily water shortages inside the Occupied Territories.

Once we reached the military zone and park yards from the Gaza border, there was smoke in the air caused by the burned tires and missile strikes coming from Gaza. I noticed hundreds of crows flying in the air. Not sure what this was about, maybe the smoke threw them off path. 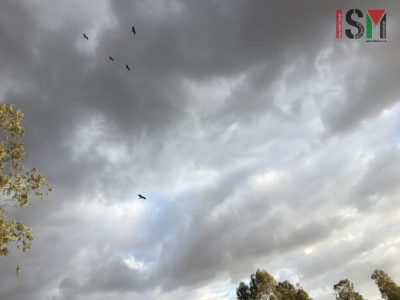 With all the gunfire and smoke in the background, I couldn’t believe that people were walking their dogs and a family of 4 was coming to the park, like nothing was going on. Mind-blowing!!!!! These are the two realities: Palestinian and Zionists.