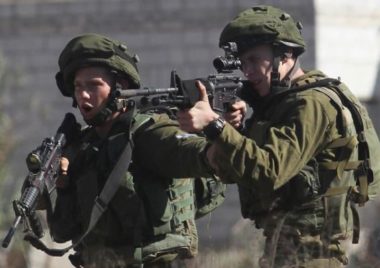 Husam Zomlot, the Palestinian ambassador to the United Kingdom, hailed the U.K. Labor Party, the main opposition in the U.K., for vowing to suspend British arms sales to Israel, the Palestinian News and Info Agency (WAFA) reported.

Labor Party leader, Jeremy Corbyn launched his new manifesto on Thursday, saying it was “the most radical and ambitious plan to transform our country for decades.”

In its section on internationalism and diplomacy, it commits a Labor government to “immediately” suspend arms sales to Saudi Arabia and Israel. “This is an important step towards providing international protection to our people from the flagrant and daily violations of the occupation state,” he continued.

The manifesto vows to “conduct a root-and-branch reform of our arms exports regime so ministers can never again turn a blind eye to British-made weapons being used to target innocent civilians.”

Zomlot commented on the manifesto, “The announcement by the Labor Party of its intention to suspend arms sales to Israel for the first time, is a historic development and a victory for the just Palestinian cause.”

He thanked the leadership and members of both parties for the growing support for the just cause of Palestine, saying that Britain’s recognition of the State of Palestine is a moral and legal duty for Britain, given its historic role in Palestine.

He called on all British parties to follow suit and “do what is right for the Palestinian people.” Zomlot added, “It is the duty of British political parties to align themselves with the right of peoples to freedom, justice and self-determination, and to defend the international order based on one law for all.”