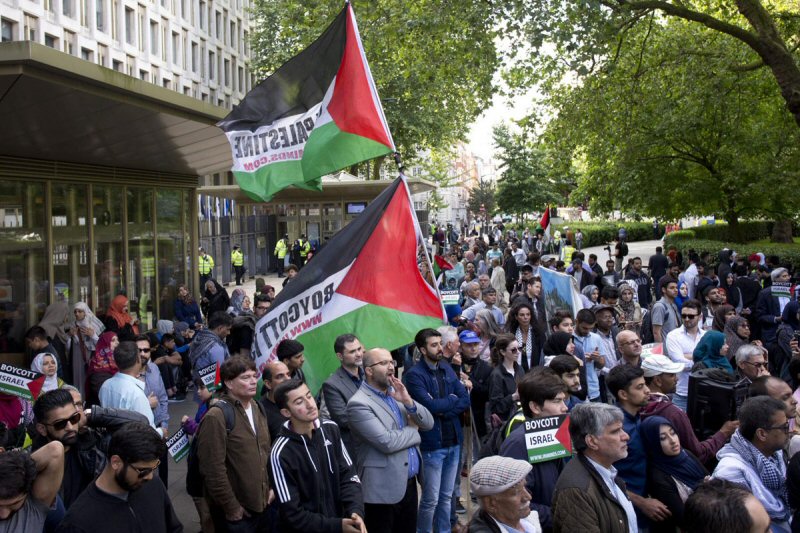 British universities are being accused of threatening free speech on issues such as Palestine by insisting on tough yet ill-defined rules that events must be chaired by approved “independent” moderators, according to academics and students.

Standard rules of non-interference on campus have been contradicted by training given to universities under the government’s “Prevent” counter-extremism strategy, as revealed in the Middle East Eye. The guidance advises universities to ensure “independent and effective chairing” of events and to measure guests’ views against issues – including Palestine and even opposition to Prevent – which may indicate signs of “extremism”.

The insistence on “independent chairs” has, in the past month, threatened the cancellation of events on human rights abuses in Palestine at the University of Cambridge and a discussion on the Boycott, Divestment and Sanctions movement against Israeli occupation at the London School of Economics.

In some cases, university objections were raised hours before the events were due to take place.

Earlier this month, the LSE told academics hosting an event on the BDS movement to replace the advertised chairwoman, Ayca Cubukcu, a Turkish professor who specialises in the Middle East, with an “independent” university appointee.

Cubukcu’s removal from the event a day before it was due to take place, came after claims by a pro-Israeli activist that the institution was breaking its own rules on neutrality.

Cubukcu was replaced by Eric Neumayer, a professor from the LSE’s geography department. Dr Anne Alexander, a University of Cambridge researcher present at the event, reportedly said Neumayer had informed her that it was “prudent” to have a “neutral chairperson”.

“I am concerned that the way in which the requirement is applied may be discriminatory – whose test of ‘neutrality’ does the chair have to fulfil?” asked Alexander.

“But, when we apply this to specific issues, academics who are Palestinians, Arabs or Muslims are more likely to support Palestinian rights, oppose Israeli settlements and thus have their views labelled as ‘controversial,’ meaning that there is a racist logic at work.”

An LSE spokesperson said it had intervened after it was revealed that Cubukcu had signed petitions “relating to the topic of discussion”.

“It was deemed prudent to have in place a chair that would be less likely to be subject to accusations of bias from members of the audience,” the spokesperson said.

At the University of Cambridge, Dr Ruba Salih, a Palestinian academic from the School of Oriental and African Studies in London, was scheduled to moderate an event on Palestinian rights by the local student-led Palestine society.

Hours before the event was due to take place, university officials threatened to close it down if it did not allow its director of communications, Paul Mylrea, to host the event.

The university told the Palestine society that Mylrea was “experienced … and neutral” and gave no justification on why Salih could not host the event.

This prompted more than 500 academics, including Noam Chomsky, to sign an open letter condemning the move and claim that the university was waging a “crackdown on free speech”.

A university spokesperson said that it was “fully committed to freedom of speech and expression … and that events will be well-chaired in order to ensure open, robust and lawful debate.”

It added: “Following calls from the organisers for extra safety measures, a neutral chair was provided to ensure that all sides were represented in what is an important and often emotionally charged debate.”

Organizers said that they had asked for extra security to ensure the safety of its panelists as the Palestine society’s events have been disrupted in the past.

The insistence on “independent chairs” has not been limited to LSE and the University of Cambridge. King’s College London threatened to cancel an event on Islamophobia and the impact of the government’s Prevent strategy if the student-led Islamic society, KCL iSOC, did not have a university-appointed host.

Scheduled speakers included Mohammed Rabbani, the international director for the rights group CAGE, and Sahar al-Afaifi, the chairman of the Cardiff Muslim Engagement and Networking group, who is opposed to Prevent. A risk assessment sent to the Islamic society said a “strong independent chair was imperative” for the event to go ahead.

Yousef El-T, a student officer and representative at King’s College London Students’ Union, said that the move to impose an independent chair was oppressive to Muslim students.

“It’s extremely disappointing to see the university imposing mitigations on student-led events,” said Tawil. “This is dangerous territory – the university becomes in control of discourse.

“The event was not a political debate. It was a sharing of oppressive experiences and the institution still felt the need [to impose] a chair which, in all of our eyes, is oppressive in itself.

“We must work with the university to ensure this doesn’t occur again.”

The risk assessment also stated that “appropriate government/education authorities” would be briefed that the event was taking place.

A spokesperson from KCL refused to tell MEE which authorities. In a statement, the university said: “In advance of the event held on our campus, the university and students’ union have undertaken a series of checks and put additional conditions in place, including an independent chair to facilitate the discussion.”

At City University in London, a talk on the history of Palestine was postponed for more than two weeks, after the university demanded an appointed chair host the event, earlier this month.

During that period, the student-led Palestine society had given suggestions for local academics to host. Several suggestions were rejected by the institution before it eventually imposed its own chair.

Shaima Dallali, the current president of the society, said it was not the first example of the university demanding approved guest lists for all those attending. She added that the university had previously limited attendance of its events to students and staff only.

“The restrictions have put off a lot of people coming to our events and created wider concerns about their personal safety,” said Dallali, who is a law student at the university.

“It just makes it difficult to have normal events, and after the guest list incident people became scared they’d be put on a watchlist and followed.”

City did not respond to requests for comment at the time of publication.