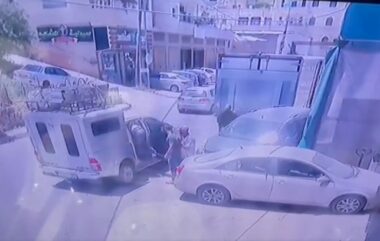 Eyewitnesses said the undercover soldiers, driving a civilian car, infiltrated into the town before storming into a building, and abducted a young man, identified as Bassam Hajjawi.

The Palestinian works at a Fruits and Vegetables market which was invaded by the undercover soldiers who kidnapped him. The attack was caught on video from an exterior surveillance camera.

Bassam was later sent to an Israeli detention and interrogation facility in Jerusalem.