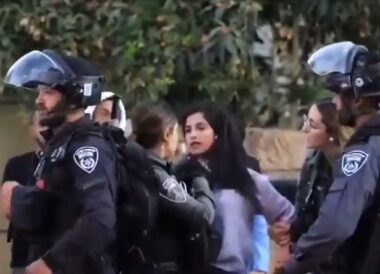 JarrahIsraeli soldiers repeatedly attacked, Thursday, two Palestinian journalists in the Sheikh Jarrah neighborhood, in occupied East Jerusalem, before abducting them, and assaulted many others.

The soldiers assaulted many journalists, before abducting a photojournalist, identified as Wahbi Mikeh, in addition to Zeina Halawani. The two journalists work for the Al-Kofiya Palestinian TV station.

The two abducted journalists were repeatedly attacked and dragged by the soldiers in the neighborhood.

Wahbi was bleeding after the soldiers assaulted him; his team members retrieved his camera that has his blood on it.

Palestinian Journalist Christine Rinawi said the Israeli police has decided to remand the two abducted journalists and to send them to court this coming Friday. 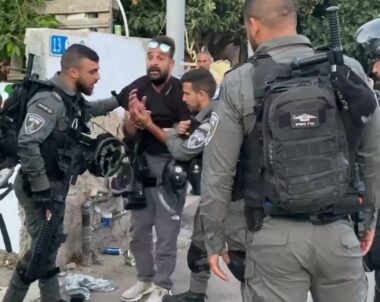