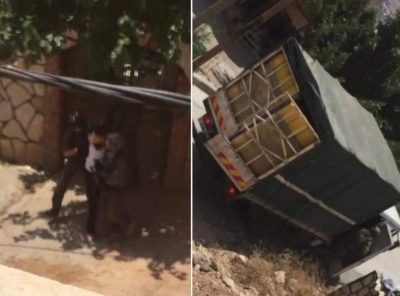 Mahmoud Sawafta, the head of the Palestinian Prisoners’ Society (PPS) in Tubas, said the undercover soldiers were driving a truck with Palestinian license plates.

He added that the soldiers drove to the house of Mahmoud Sawafta, and broke into it before kidnapping him, and drove to an unknown destination.

Earlier Sunday, the soldiers abducted two Palestinians, including a teenage boy, in Hebron, in the southern part of the occupied West Bank, and one near Jenin, in northern West Bank.

In addition, the PPS said Israeli soldiers abducted 50 Palestinians in the occupied West Bank, including 40 in occupied East Jerusalem, in less than 24 hours.

The soldiers also assaulted and injured many Palestinians, and detained some of them, in the al-Aqsa Mosque in Jerusalem.