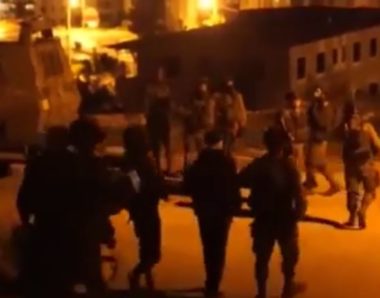 The Palestinian Prisoners’ Society (PPS) has reported that Israeli soldiers abducted 50 Palestinians in the occupied West Bank, including 40 in occupied East Jerusalem, in less than 24 hours.

The PPS stated that the 50 abducted Palestinians, including the Secretary of Fateh Movement in Jerusalem Shadi al-Mitwer, and several children, were taken prisoner starting on Saturday at noon until morning hours, Sunday.

It added that the soldiers assaulted and injured many Palestinians, and detained some of them, in the al-Aqsa Mosque in Jerusalem, especially after the army and the police accompanied dozens of illegal colonists into the courtyards of the holy site, and conducted provocative tours.

Many of the abducted Palestinians were trying to enter Jerusalem, to head to the Al-Aqsa Mosque for prayers in the holy site.

Earlier Sunday, the soldiers abducted three Palestinians, including a teenage boy, in Hebron, in the southern part of the occupied West Bank, and Jenin, in northern West Bank.