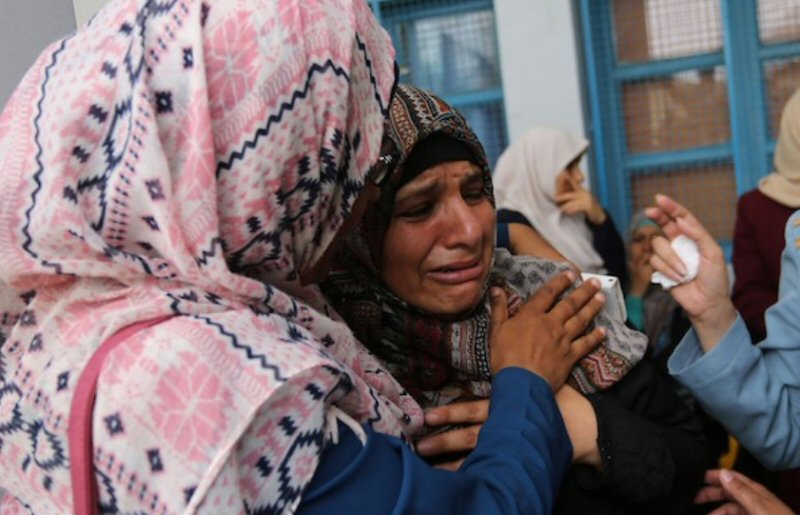 The United Nations Relief and Works Agency for Palestine Refugees in the Near East  (UNRWA) will not renew the contracts of around 113 employees in the Gaza Strip, a spokesman said on Wednesday.

“UNRWA will not renew the temporary contracts for 113 Gaza-based employees in the agency’s emergency program,” Sami Mshasha told Anadolu Agency.

He said, according to Days of Palestine, that the contracts of those employees are already set to end by the end of this month.

“UNRWA will not sack them. Rather, it will not renew their contracts,” the spokesman said.

Last Monday, UNRWA employees staged an all-day sit-in inside UNRWA headquarters in Gaza City, and outside the office of UNRWA Director of Operations Matthias Shamali.

According to the UNRWA’s Staff Union, the Agency has closed its mental health programme, which was providing direct services to Palestinian refugees and employing about 430 staff.

UNRWA has also terminated the contracts of dozens of its engineers in recent months, the union officials said earlier.

The union stated that the UNRWA’s decision to sack its employees is an initial step to dismiss a thousand employees of the emergency programmes by the end of 2018, adding that next year will witness a new wave of dismissals, under the pretext of a budget deficit.

Established in 1949, UNRWA provides critical aid to Palestinian refugees displaced since 1948, and who are now living in the blockaded Gaza Strip, the Israeli-occupied West Bank, Jordan, Lebanon and Syria.

Earlier this year, the US suspended over half of the annual funding — $65 million out of $125 million — earmarked for the refugee agency.

Earlier on Wednesday, UNRWA Christopher Gunness issued the following statement, with regard to the crisis:

The complex and harsh challenges the Palestine refugee community has endured over the past decades are monumental. This year the challenges have grown, following the largest ever reduction in funding UNRWA has faced.  The ability of Palestine refugees to persevere is hugely admired by many around the world who continue earnestly to express solidarity and support for them.  As we continue to pursue every avenue of support to overcome a severe financial crisis, UNRWA, its dedicated staff, and the refugees have only one option – to face up to this situation together and preserve the most important work we do.

The decision of the US to cut $300 million in funding to UNRWA this year has been described by our Commissioner-General as an existential threat to UNRWA. Determined not to forsake Palestine refugees, UNRWA and its partners have mobilized political and financial support around the globe, to maintain its operations and render essential services to its beneficiaries with dignity and hope.

Our global fundraising efforts and Dignity Is Priceless campaign have led to significant additional support for UNRWA, from historical donors to new partners, including institutions for the mobilization of Zakat. Throughout this period, the Hosts provided important backing. From March to June alone   UNRWA raised US$ 238 million in new funding for Palestine refugees, and with the conclusion of the New York pledging conference on 25 June, the US$ 446 deficit was reduced to US$ 217 million – a monumental achievement.

The response, so far, reaffirms that UNRWA enjoys clear support from key donors, hosts and the Secretary-General of the United Nations.  Continuing and expanding this support is crucial for our efforts over the coming months to bridge the financial gap and ensure needed funding for our 2019 operations.

We are still in crisis. Let no one claim otherwise. But we are also determined to maintain core services to the millions of Palestine refugees who rely on us in Jordan, Lebanon, the occupied Palestinian territory, and Syria, and preserve what we can of our emergency assistance.

Our emergency assistance is critically under-funded in the occupied Palestinian territory, where the US contribution for emergency programming  — almost $100 million per year — is no longer available and has forced us to take mitigating measures.

In implementing these changes to its emergency interventions in both the West Bank and Gaza Strip, UNRWA’s humanitarian responsibility dictates that we give priority to refugees with the most critical needs. It dictates that we protect core services, including education, health and relief, via our staff members to the millions of Palestine refugees in need of such services. With the rolling out of these measures, a limited number of personnel (both area and international) will be affected.

The Bedouin community’s food assistance programme will continue operating until the end of 2018, with UNRWA and its partner the World Food Programme  actively working to secure funds for its continuation in 2019. The Community Mental Health Programme (CMHP)  will be discontinued effective 31 August 2018. UNRWA is currently coordinating options to continue working with select communities alongside UN agencies. Finally, mobile health clinics will be discontinued effective 31 October 2018. UNRWA is identifying possible partners for continued service to select communities.

As a result of all these measures, 154 staff members hired against now depleted emergency funds will not have their contracts renewed upon reaching their expiry date. UNRWA recognizes the implications of such measures on affected staff.  In recognition to the important service of these colleagues and their dedication, if they chose to apply in the future to vacant posts, they will be treated as ‘internal candidates’ allowing an exceptional greater opportunity for re-employment with the Agency.

In doing all it can to minimize the impact on refugees in Gaza UNRWA is prioritizing food security support to the most vulnerable refugees by continuing its emergency food programme to nearly I1 million refugees and retaining certain interventions such as Cash for Work. In order to do so,  the community mental health programme, job creation programme and protection functions will have to be altered. The community mental health programme will continue, albeit at reduced capacity and cost. As of September 2018, mental health activities will be largely embedded within our health and education departments instead of a standalone programme.

In order to protect as many jobs as possible and retain components of certain emergency-based interventions by integrating them into core programmes, around 280 staff will be redeployed on full time basis in existing or revised functions and approximately 584 staff will be offered part time posts in existing or revised functions.   The EA funding challenge in the Strip would result in having113  posts on emergency funding not renewed upon expiry of contract in August this year. As is the case with the West Bank field, if they choose to apply in the future to vacant posts, they will be treated as ‘internal candidates’ allowing an exceptional greater opportunity for re-deployment with the Agency.

It is important to emphasize that relentless efforts are underway to ensure that the new school year would start on time, catering to half a million students,  and that our other essential services – such as health care for example – continue uninterrupted. It is equally important to be clear that UNRWA remains committed to provide assistance and protection to Palestine refugees, in accordance with its mandate. The General Assembly has consistently extended the Agency’s mandate, most recently until 30 June 2020.

In his recent letter to UNRWA staff, the Commissioner-General said that despite all the challenges it faces, the Agency “will prevail” and it will not weaken its “defense of the rights and dignity of Palestine refugees.”