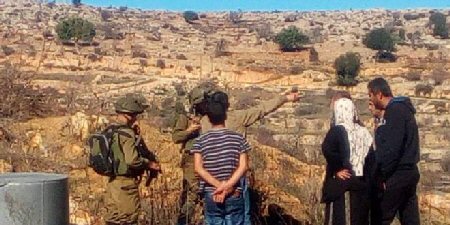 Four Palestinians were shot and injured with live bullets while others suffocated from teargas exposure on Tuesday, during separate clashes with Israeli forces in the town of Sa’ir and nearby al-Arroub refugee camp, to the north of Hebron, according to local and security sources.

Israeli forces raided al-Aroub refugee camp, spurring clashes with locals. Forces fired live bullets at residents, shooting and injuring three in the foot.  They were transferred to hospital for medical treatment. Their medical condition is still unknown, WAFA reported, according to the PNN.

Forces further attacked residents’ homes with tear gas canisters, causing many to suffocate as a result of teargas inhalation.

A fourth Palestinian was also shot and injured with live ammunition during similar clashes that broke out in the town of Sa’ir. Israeli forces also reportedly prevented the ambulance crews from providing the injured youth with first aid and from transferring him to a hospital.