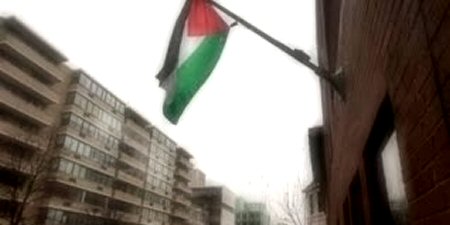 US State Department confirmed, Tuesday, that it keeps communication with the Palestinian Authority (PA) despite its decision to close the Palestine Liberation Office’s DC venue.

“Conversations will be taking place,” she went on. “We are in contact with Palestinian officials about the status of that PLO office in Washington, as well as having conversations with them about our larger efforts on the part of a lasting and comprehensive peace process.”

A spokesman for the PLO confirmed that it had received instructions from PA President Mahmoud Abbas “regarding closing down all communication lines with the Americans.”

Palestinian Foreign Minister Riyad al-Malki told AFP, on Tuesday, that “by closing the office they are freezing all meetings and we are making that official.”

Over the weekend, the State Department informed Malki that the PLO’s DC office would be closed because the Palestinians had violated a US law that forbids their seeking to prosecute Israelis in the International Criminal Court (ICC).

The infringement ostensibly came when Abbas addressed the UN General Assembly this September, and urged the ICC to “open an investigation and to prosecute Israeli officials for their involvement in settlement activities and aggressions against our people.”

“The secretary took a very technical and very specific look at this and determined that it was not in compliance,” Nauert said onTuesday. She added that the State Department and the White House were in “close consultation about this.”

US President Donald Trump now has 90 days to consider whether the Palestinians are in “direct and meaningful negotiations with Israel.”

If Trump determines that they are, the PLO can keep the office.

Since the announcement was made, on Friday evening, it has been unclear what the status of the PLO’s DC office will be during that interim period, although it appears to be open and functioning as of now.