US to Reduce Aid to Palestine 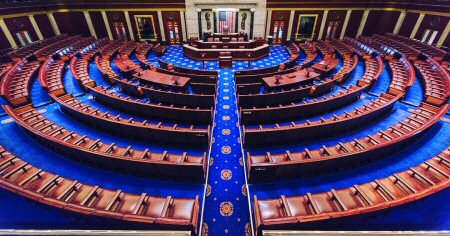 The US House of Representatives voted, on Tuesday, to sharply reduce the annual $300m in US aid to the Palestinian Authority (PA), unless it stops paying families of Palestinian abducted by Israel.

The measure is intended to stop the PA from paying salaries to Palestinian families of which Israeli occupation forces or settlers have imprisoned or killed the breadwinners.

Republican Representative Ed Royce, chairman of the House Foreign Affairs Committee, claimed, before the vote, that the Palestinians who are paid are rewarded for their brutality against the Israelis.

The committee’s top Democrat, Representative Eliot Engel of New York, described the payments for the families without a source of income as “downright disgusting” and undermine the potential for a two-state solution.

For this measure to become a law, it must be passed by the US Senate and signed by President Donald Trump.

Similar legislation has been passed by two Senate committees, but there was no immediate word on when the Senate might take up the bill.

According to Days of Palestine, Palestinian officials have said they intend to continue the payments, which they see as support for relatives of those imprisoned by Israel for fighting against military occupation, or who have died in connection with that cause.

The measures moving through Congress, now, are not as severe as had been proposed. The legislation passed by the House has previously proposed to stop vaccination of children and abductees of those who were murdered by Israel.