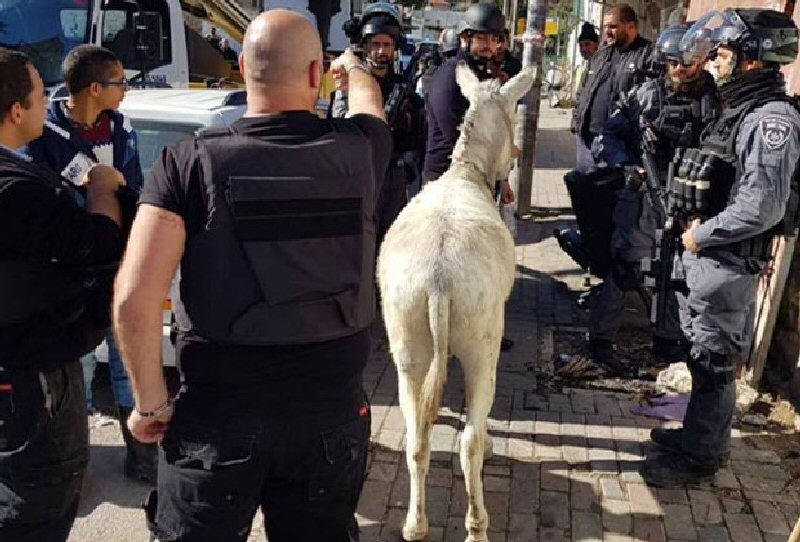 Israeli military police recently arrested a donkey on a street in Jerusalem, according to Days of Palestine.

Seven Israeli military police surrounded the donkey and arrested it in the occupied Jerusalem neighborhood of Silwan.

They then detained it for some time before releasing it. No reason was given as to why it was being held, sources said.

Israeli occupation forces regularly arrest Palestinians without charge and confiscate their property in an effort to hinder their lives, but the reason behind the donkey’s arrest is, so far, not clear.

12/10/17 Palestinians Resist Israel and its US Enabler