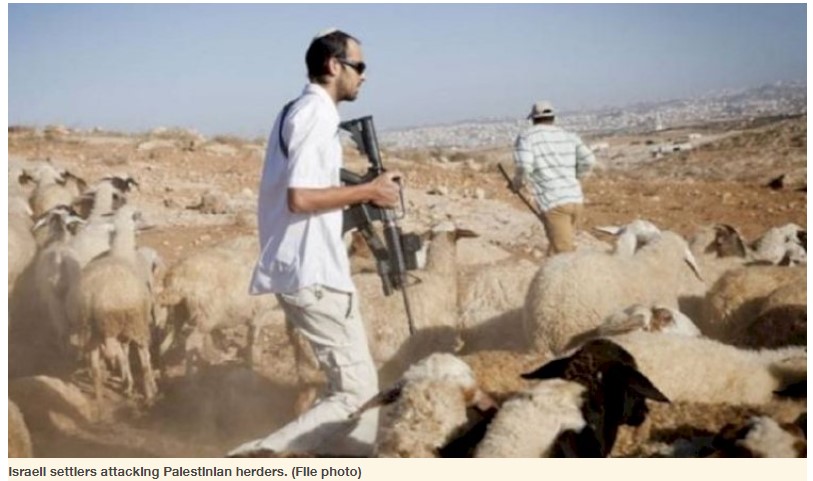 Aref Daraghmeh, a local Palestinian rights activist, told WAFA that a group of army-guarded Israeli settlers stole six cows owned by Palestinian farmers and that the settlers sedated some of the cows with anesthesia before stealing them.

He said Palestinian cattle herders and their cattle in the area have been attacked repeatedly by Israeli settlers but said attacks particularly intensified during the past few days.

Attacks by Israeli settlers on Palestinians are commonplace and most of these attacks often occur in the presence of the Israeli occupation army, who usually do nothing to stop the attacks and rather provide protection for the attackers.

Armed settlers and soldiers often prevent Palestinian shepherds from herding in the open pastures of the occupied West Bank in order to force them to abandon the area.