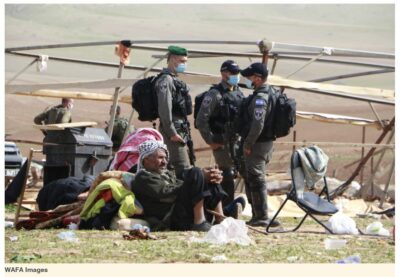 The letter asks Minister Coveney to summon the Israeli Ambassador to Ireland, Ophir Kariv, to protest against the destruction of Palestinian property, infrastructure, and equipment, paid for by the Irish taxpayer, by Israeli forces.

“In the first instance, the wanton destruction of Palestinian property by Israel is illegal. It is illegal under international law, and under the Geneva Convention,” said Brady.

“The attack on the village of Humsa Al Bqai’a of the West Bank, which led to the destruction and confiscation of property, is just a continuation of a state policy akin to apartheid,” he said.

“Ireland, along with other EU states is seeking compensation of over €650,000 for the destruction of material destroyed by Israel, which was funded by taxpayers.”

This is Irish tax-payers money. It is not enough for the Minister to issue statements on the matter. The Minister must communicate the governments’ stance on this matter directly with the Israeli Ambassador, said the Sinn Fein spokesperson.

“What is happening day in and day out in Palestine is totally unacceptable. What happened in Hamsa Al Bqai’a is unacceptable.”

“Moreover, the Irish taxpayer cannot be expected to see its hard-earned efforts destroyed by a draconian regime, without the government calling them to account on the matter,” he said.

“The Minister for Foreign Affairs needs to summon the Israeli Ambassador, and make known the strength of feeling in the country on this matter,” he said