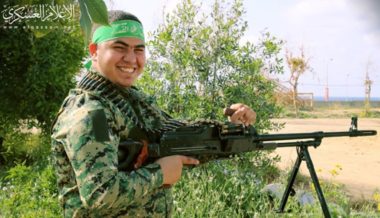 The Al-Qassam Brigades, the armed wing of Hamas movement, has reported that one of its fighters was killed, Saturday, due to a malfunction in his weapon.

In a statement, the Brigades identified the fighter as Mohammad Farid Kalloub, 25, from the Shati’ refugee camp, in Gaza city.

The Palestinian was apparently instantly killed, before Palestinian medics moved him to the Shifa Medical Center, in Gaza city.

Al-Qassam did not release any more info about the fatal accident, but stated that he was one of its senior members.