What is the Big Deal? Why Palestinians reject “the Deal of the Century” 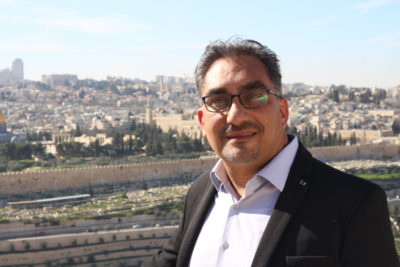 As a Palestinian Christian living and serving on both sides of the Separation Wall, I live with the people on the ground.  Being a native of Jerusalem has given me the advantage of understanding how Jerusalem residents think, and serving in the West Bank for many years has given me an understanding how West Bankers think. On both sides of the wall, sadly, Palestinians continue to drown in an atmosphere of uncertainty, unfulfilled promises and crushed hopes.

Deal after deal and agreement after agreement has made our people dull and suspicious of anything that is proposed. If we look back at the former peace treaties and proposed partition plans, the losers have always been the Palestinians.  We have never gained from any of these plans, only lost more.  For example, the partition plan under the United Nations shrunk the Palestinian portion of land to about 43% of our homeland, though the number of Arabs at the time was almost twice that of Jews. In succeeding wars and peace accords, we lost even more land, resources and rights.  Through the years that followed, we were given proposals such as Oslo and Camp David, both of which—from our perspective—required greater compromise on our part without making equal requirements from the Israelis.  We feel that international peace plans have generally always been biased towards Israel, but none moreso than the latest plan from the White House.

Now, we have been offered a deal from the Trump Administration which the president calls “The Deal of the Century.”  This plan is basically asking for another huge compromise from the Palestinians; allowing Israel to annex about 30% of the West Bank (which is in itself only 22% of our original homeland) and pushing us increasingly into the margins. Trump’s plan cuts all throughout the Palestinian territories, making it look like Swiss cheese—with the disconnected “holes in the cheese” being Palestine.  The non-contiguous land will be connected by tunnels and “safe roads” which will be controlled mainly by Israel.  It is a future of more checkpoints and closures, our freedom micromanaged by another people.

I am sure that aspects of the “peace plan” are more complex than what I have mentioned so far.  I am also willing to acknowledge that from some points of view the plan might offer a few positive things for the Palestinian people.   Nevertheless, a few economic proposals do not to do much to alleviate the larger loss, subjugation and humiliation that this plan imposes upon us.

Taken as a whole, the plan reminds me of a verse uttered through the prophet Micah:

“Woe to those who scheme iniquity, who work out evil on their beds! When morning comes, they do it, for it is in the power of their hands. They covet fields and then seize them, and houses, and take them away. They rob a man and his house, a man and his inheritance” (Micah 2:1-2).

Having a plan without the involvement of the people who have lived in the land for centuries is not a plan at all — it’s a setup.  It is an ironic plan that was disrespectfully imposed on us without even asking us of our own opinions.

My friends, when President Trump announced the plan were there any Palestinian leaders with him on stage? Did he make a statement that this is what the Israelis and the Palestinian leaders have agreed upon?  No!  To us, this plan was nothing more than a scheme cooked up by two leaders who are facing their own political pressures: one with a trial over corruption and another who wants to make a business deal.

We are concerned that this matter will continue to deteriorate the already-precarious situation here.  Among other things, it will inflict a greater sense of hopelessness upon our people.  And unless something changes, it will continue to facilitate the depletion of Christian citizens from Palestine.

Many people may not know this, but most of the lands that were confiscated around the Bethlehem Governate—which includes three major Palestinian cities, Bethlehem, Beit Sahour and Beit Jala—have a majority of Palestinian Christians living in them. This so-called “peace plan” will increase the loss of these Palestinian Christian lands.  How can it be expected of us that we would agree to a plan that will only inflict pain, loss and suffering on our own people?   Under these circumstances, incentive for younger Palestinian Christians to remain here continues to decrease.

In conclusion, the whole situation requires prayer.  Here are a few points:

Pray for the peace of God to come upon the Palestinian people in a new way, since clearly no man is able to deliver that.

Pray that there will be an international intervention that will halt all of these absurd plans that are being projected upon us.

Pray for the Palestinian church not to lose hope; but rather the opposite.  Pray that we will become a beacon of hope for our people.

Pray for the leaders of Israel and Palestine to find a way to come together with mutual respect and create our own peace agreement.