Wounded Child From Kufur Qaddoum Remains In A Serious Condition 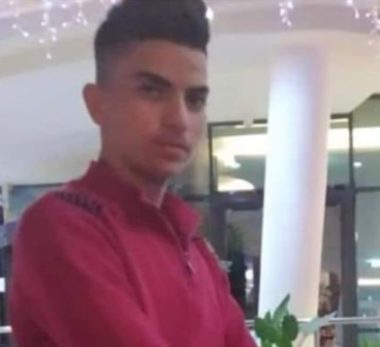 A child, who was shot and seriously injured in Kufur Qaddoum town, east of the northern West Bank city of Qalqilia, on Thursday, remains in a critical condition at a Palestinian hospital, medical sources have confirmed.

The sources said the child, identified as Mohammad Mohannad Eshteiwi, 15, was shot in the head during a nonviolent procession against the so-called “Deal Of The Century,” in Kufur Qaddoum.

The child remains in a very serious condition at the Intensive Care Unit after the soldiers shot him with a rubber-coated steel bullet in the head.

The Palestinians were marching and chanting for the liberation of Palestine and affirming that the struggle will continue until establishing a sovereign and independent state, with East Jerusalem as its capital. It is worth mentioning that Israeli soldiers invade Kufur Qaddoum on a daily basis, as the town continues its struggle against the constant and escalating violations, including its illegal colonialist activities on Palestinian lands.

Kufur Qaddoum also continues to hold its weekly nonviolent processions against the illegal Annexation Wall and colonies, and against the closure of the main road, which was blockaded by the military fifteen years ago, to enable easy access for colonialist settlers driving to and from the Kedumim colony, built on private Palestinian lands.