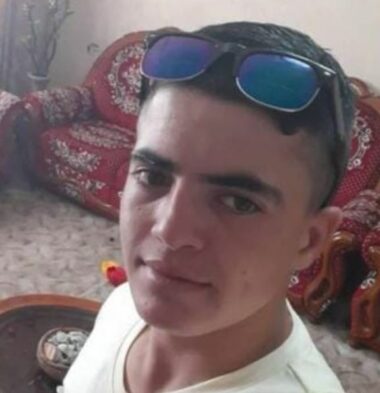 The Israeli occupation authorities slapped, Thursday, a detained Palestinian teen with a new administrative detention order for the fourth consecutive time, holding him for four additional months without charges or trial.

The Palestinian teen, Suleiman Qatash, 17, from Ein Yabrud village, east of the central West Bank city of Ramallah, is the youngest administrative detainee.

His father, Salem, said his son is held by Israel in the Damoun prison, and was supposed to be release on December 17th, after his current administrative detention order expires.

He added that the Israeli prison authority decided to slap him with a new four-month Administrative Detention order, for the fourth consecutive time.

It is worth mentioning that Suleiman was abducted from his home on December 16th, 2019, and has since been held under the arbitrary Administrative Detention orders.

Palestinians held under these arbitrary orders, a detained without charges or trial, and Israel justifies the use of this policy on the ground that the person “might commit an offense in the future.”

It also has no time limit as it can be renewed numerous times, and is based on orders by the regional army commander relying on what Israel calls “evidence,” not revealed to the detainees or their lawyers.

Held under these orders, the detainees never know when and if they will be released, and remained held without facing charges, a trial, or a conviction.

Many detainees spend years behind bars due to repeated renewals of these arbitrary Administrative Detention orders.

It is meant to keep the detainees in a constant state of uncertainty, not knowing if or when they will be released.

Throughout the years, thousands of detainees were slapped with these orders, either new and renewed, just days, hours, or minutes before their scheduled release.