200 Days After He Was Killed By The Army, Family Buries Son In Jerusalem 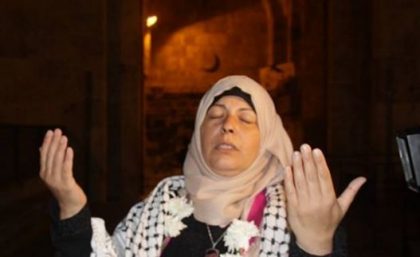 A Palestinian family from occupied East Jerusalem buried, earlier at dawn Tuesday, its son Mohammad Abu Khalaf, who was executed by Israeli soldiers who fired more than 50 live rounds after disabling him on Friday, February 19, 2016.

The Israeli army imposed severe restrictions, and forced the family to pay 20.000 Israeli Shekels bail for releasing his corpse and abiding by preset conditions for his burial.

The preconditions include allowing only 25 close family members to attend the funeral and burial ceremonies, while the army delivered the corpse to the family at the gate of the Mujahidin Graveyard, in Jerusalem.

Dozens of soldiers and police officers were deployed around the graveyard area, and installed roadblocks closing many roads, in addition to preventing the journalist from attending the funeral and burial. 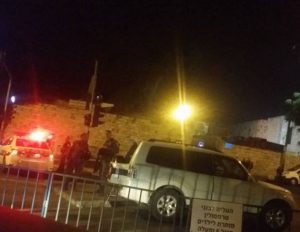 Mohammad’s mother, Rula Abu Khalaf, said Israel kept refusing to release the body of her slain son, and for 200 days, kept coming up with various preconditions, and justifications for the release.

“But I finally managed to place flowers on his head — his brothers and sisters, his father and myself, miss him so much, we will never forget him, no matter what,” the mother said, “Every day, I imagine him returning home; I can still see hear his voice…”

She also stated that the soldiers were supposed to transfer the body on Sunday, but informed the family that his grave “cannot be next to the graves of Tha’er Abu Ghazala and Baha’ Elian, and demanded us to find another grave in a different area of the graveyard.”