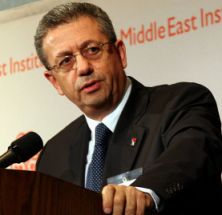 Palestinian Legislator, secretary-general of the Palestinian National Initiative, Dr. Mustafa Barghouthi, called on the Palestinian Authority in the West Bank to void its approval for holding talks with the Israeli government on Benjamin Netanyahu. Barghouthi stated that Netanyahu acts like the head of a government of settlers, and that the decision to hold talks with his government would only encourage Israel to carry further violations, and would boost his fundamental government.

He added that “the Arabs gave Netanyahu four months while he did not even grant them four hours”, and responded to the Arab offer to give a chance for indirect peace talks by deciding to build 112 new units for Jewish settlers in the West Bank, and 1600 units in occupied East Jerusalem.

He added that Palestinian unity is needed to boost the popular nonviolent resistance and the BDS (Boycott, Divestment, Sanctions) campaign against the occupation and the government of Netanyahu.

The Palestinian Legislator said that the idleness of the International Community is encouraging Israel to escalate its violations and attacks, and that the indirect talks with Netanyahu and his government will lead to new Israeli provocations.

“He [Netanyahu] does not want peace, he wants his own version of the solution”, Barghouthi said, “Netanyahu’s idea of a Palestinian State is a group of isolated ghettoes surrounded and controlled by Israel”.