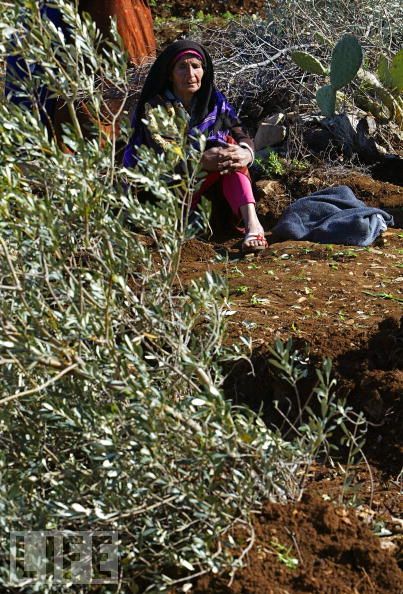 Local municipal officials in the Palestinian Authority reported Friday morning that overnight, a group of Israeli settlers had ambushed a Palestinian olive grove in the town of Qaryut, uprooting and completely destroying 40 trees.These olive trees are, in most cases, the only source of income for the Palestinian villagers who own them. Over one million Palestinian olive trees, including some aged over 1,000 years old, have been destroyed by Israeli troops and settlers in the last ten years. Palestinians say the destruction of the olive trees is a direct assault on their livelihood, meant to force them from their native land. In nearly every case, the trees destroyed have been located on land that the Israeli settlers hope to acquire and absorb into the state of Israel.

In the latest incident, a local mayor told the Palestinian News Agency Ma’an that the trees destroyed Thursday night by the settlers belonged to Muhammad Jaber Abdullah, Ahmad Jaber Abdullah and Yasser Hassan.

The area around Nablus has been subject to numerous violent attacks by Israeli settlers in recent weeks, including the shooting of a young boy by settler security guards, and the smashing of windshields of Palestinian cars.

The Israeli settlers near Nablus have even taken to attacking Israeli military jeeps and convoys recently, apparently in response to threats that they would be forcibly removed by the military from the Palestinian land they have illegally seized and occupied. The military, however, has taken no action whatsoever to remove the settlers.