Israelis Advised Out of Sinai 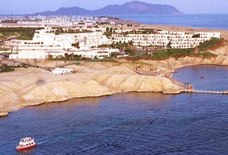 Israeli sources reported that the “Counter Terrorism Unit” at the office if Israel’s Prime Minister, Benjamin Netanyahu, issued an urgent waning advising all Israeli tourists in Sinai to return to Israel immediately due to info regarding a possible attack. The wording of the warning was very strong and called on Israelis to leave immediately and go back home.

The Unit said that “some terrorist groups are planning to abduct Israeli tourists in Sinai”, and called on the relatives of Israeli tourists who headed to Sinai to contact them and ask them to return.

The Israeli security stated that “there is concrete evidence” of possible attempts to kidnap Israelis.

Brig. Gen. Nitzan Uriel, the commander of the unit stated that there are rumors that some groups would try to abduct Israeli tourists in Sinai, and that it is possible that some cells are trying to carry these abductions out.

Uriel added that there are approximately 1200 Israeli tourists in Sinai.

The Egyptian Police and security forces conducted searches throughout Sinai but could not locate any suspicious activities.