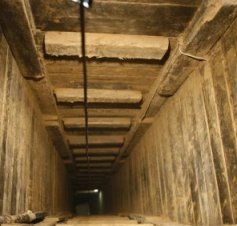 Egyptian security personnel uncovered 17 tunnels across the border with Rafah during a campaign carried out overnight targeting siege-busting tunnels.The tunnels were uncovered near border marker 4 and in the areas of Abu Halawa, the Unknown Soldier, and Al Sarsouriyya; all near Salah Ed Deen border area.

An Egyptian security source said that no goods were located and no arrests were made as a search campaign failed to locate any smugglers.

Furthermore, the Maan News Agency reported that Egypt’s security forces arrested on Friday morning four Palestinian who entered Egypt via a tunnel near the Salah Ed-Deen Gate in Rafah.

Three of them are family members living in Khan Younis, in the southern part of the Gaza Strip. The three are underage and confessed that they work in smuggling due to their fast movement and that they know Egypt does not apply its smuggling laws on underage persons.

Also, the Egyptian border police arrested resident Salah Ed-Deen No’man who stated he entered Egypt via the tunnels to visit Al Arish city, were we was born, and added that he did not intend to stay there.

In related news, Egypt’s Border Police located three tons of cement near the Rafah border; one person was near the cement and managed to escape.