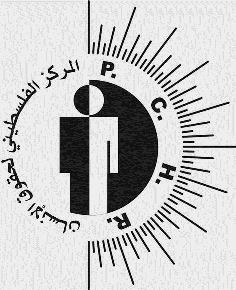 According to investigations conducted by PCHR, at approximately 11:00 on Sunday, 5 December 2010, about 30 young persons gathered near Sharek Youth Forum, which is located in al-Shohada’ Street in the west of Gaza City, to protest against the Attorney General in Gaza’s 30 November decision to close Sharek.

A police car immediately arrived, and policemen started dispersing the participants and confiscating their posters and banners under the pretext of not obtaining a license for holding the assembly in advance.

On behalf of their colleagues, two participants attempted to go to the main office of the Attorney General; however, this was prevented by the police.

In addition, other young persons, who were passing by in the surrounding streets, were arrested.

According to PCHR’s information, in total 16 persons were arrested; 13 were released that evening. 3 individuals remain in detention at the time of this release.

The policemen also prevented staff of al-Jazeera International from covering the events; their equipment was confiscated and they were requested to go to a nearby police station. The journalists were kept in detention until 15:15 of the same day. The staff consists of: the reporter, Nicole Johnston, cameraman, Maher Abu Touqa, producer, Sami Ziarah, and cameraman assistant, Rami Mas’oud.

One of the released detainees said:

‘… we were transported by a police car to the main office of the General Investigation in the police headquarter (al-Jawazat), where we were obliged to stand under the sun. They searched us, confiscated our IDs and mobiles, and each one of us was questioned while the others were waiting under the sun. I was questioned regarding the peaceful assembly, my relationship with Sharek Youth Forum, my personal information and was returned to stand under the sun again … I was questioned for the second time, as a policeman showed me an image saved on my mobile and asked me about the lady, whose pictures are saved on my mobile. I answered him saying that its my wife. After questioning me, they obliged me to sign on a bond stating the following: not to participate in any activity organized by Sharek Youth Forum and not to communicate with any girl without legal relationship. In case of violation, 5000 NIS must be paid. Then I was released at 15:15.’

PCHR strongly condemns the police’s shutdown of the peaceful assembly in support of Sharek Youth Forum and the arrest of a number of participants and journalists. It emphasizes that:

1) The right to peaceful assembly is guaranteed under article 26/5 of the Palestinian Basic Law, and Law No. 12 of 1998 on Public Meetings, article 2 thereof states: ‘Persons have the right to freely convene public meetings and demonstrations. No restrictions shall be imposed on them except as provided for in this law’;

2) According to article 1 of Public Meetings Law, a public meeting is, ‘every meeting where 50 persons at least are invited to in a public area …’, such a meeting is not included in the law;

3) The police has no right to license or reject any public meeting, or peaceful demonstrations, or any other type of peaceful assembly, the law provides that organizers should only ‘inform’ the governor or police, as the police has the right to issue orders relating to ‘organizing the traffic’.

4) Points that the executive regulation relevant to the Public Meetings Law, which was issued by the late President, Yasser Arafat, as the Minister of Interior then, contradicts with the text and core of both said Public Meetings Law and the Palestinian Basic Law. PCHR reiterates its call for canceling or adjusting it in accordance with the law.