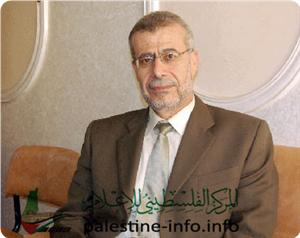 Palestinian Security Forces in the West Bank, arrested on Tuesday Professor, Isam Rashed Al Ashqar, at a roadblock in the northern West Bank City of Nablus. Former Minister of Detainees, Wasfi Qabha, told the Palestinian Information Center, that the Preventive Security Forces kidnapped Al Ashqar after he refused to head to a security center for interrogation.

Qabha slammed all political arrests conducted by the Palestinian Authority in the West Bank, and called for the immediate release of all political prisoners.

It is worth mentioning that the sons of Al Ashqar, Mojahid and Anas, are both detained by the Palestinian Security Forces for their affiliation with the Hamas movement. A third son of Al Ashqar is currently imprisoned by Israel.

Al Ashqar was born in Saida village near Tulkarem in 1958; he finished high school in Palestine and went to Jordan to obtain his B.A in Physics. He then worked at the Al Najah University in Nablus in 1982 before heading to the United States in 1984 to obtain his PHD in Physics from Ohio University.

After obtaining his PHD, he returned to Palestinian and resumed his work at the Al Najah University.