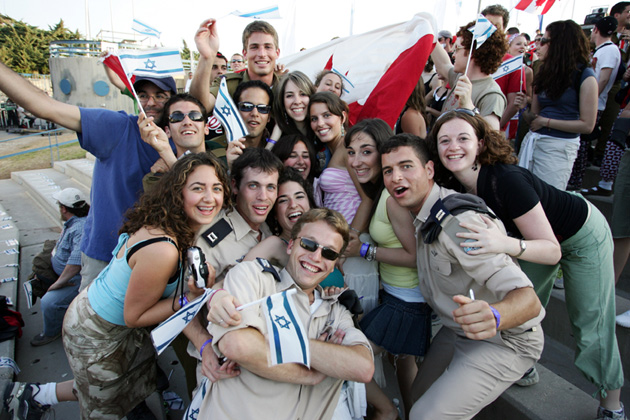 Israel increases funding for Birthright, a 10-day free educational trip to Israel, which aims to bring 51,000 Jewish young adults to Israel annually by 2013According to Ynetnews, last week, Prime Minister Benjamin Netanyahu announced that the government has approved $100 million in funding for Taglit-Birthright Israel over the next three years.

The goal of the funding increase is to enable Taglit-Birthright Israel to bring 51,000 young Jewish adults annually on the 10-day free educational trip by 2013, which would mean that one in every two Jewish young adults worldwide will have gone to Israel on a Birthright trip.

The 10 day trip takes participants to tourist sites only within Israel. Participants are not taken to areas where Arab Israelis reside, nor are they encouraged to visit occupied East Jerusalem or the West Bank.

In 2010, 30,000 young adults participated in Birthright Israel trips, while some 30,000 others were waitlisted due to lack of funding capacity.

“I am proud that I was the first Israeli prime minister who supported the Birthright Israel project. This bold idea is a great success. Today it is the way tens of thousands of young Jews from around the world strengthen their connection to Judaism and Israel,’ said Netanyahu.

Since it began in 2000, over a quarter million young adults from more than 53 countries have participated in the free educational trip to Israel. They have been accompanied by some 50,000 Israeli young adults, most of them in the army.
Over 70% of participants cite it as a “life-changing experience.”