On Humanitarian Basis, 350 Libyan-Palestinians To Be Allowed Into The West Bank 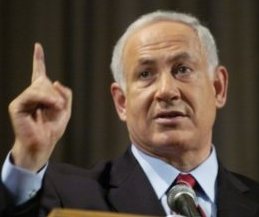 The request was approved on humanitarian basis and is not regarded as in Israeli recognition of the refugees right to return to their homeland, especially since the approved Palestinians will be allowed only into the occupied territories and not to their native cities or towns.

The Palestinians in questions do not carry a Palestinian identity cards or passports, but will be allowed into the West Bank following the request that was made by Abbas.

During a speech at the Knesset, Netanyahu said that Israel will not approve any measure that “could jeopardize its security needs under any future peace deal with the Palestinians”, and claimed that “extremist Islamist elements are trying to benefit from the current changes in the Middle East”.

Several Israeli leaders expressed “concerns” regarding the emerging revolutions and regime changes in the Arab world as such changes will likely impact Israel’s relations with a number of Arab countries, especially Egypt.