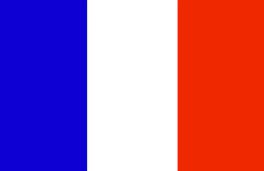 French Foreign Minister, Alain Juppe, warned the Palestinian Authority in the West Bank of heading to the United Nations this month, and claimed that “heading to the UN to seek international recognition of statehood, could lead to a serious diplomatic crises”.The statements of Juppe came as he was talking to reporters in Sopot city in Poland where EU Minister met for two days, and held informal talks on the issue.
He said that “Paris hopes that the Palestinians will seize the opportunity to reopen the paths of dialogue instead of risking a serious and deep diplomatic crisis”.

Juppe also said that “all 27 EU member countries must have a united stance regarding the September Palestinian UN move to seek recognition of statehood”.

Also, Austrian Foreign Minister, Michael Spindelegger, suggested that the EU should present its own proposal to UN, while several EU diplomats opposed the idea.

Furthermore, EU Foreign Policy Chief, Catherin Ashton, stated that EU countries currently have no time to make a decision on the issue, and how to act at the United Nations, and added that Europe must focus on mediation between Israel and the Palestinians to ensure the resumption of talks.

Ashton added that the changes and revolutions in the Arab World gave the European Union the chance to be part of determining how new democracies in the region should develop and advance.

On Wednesday, French President, Nicolas Sarkozy, called on all European countries to have a united position regarding the Palestinian UN bid.

On Thursday, Israeli Ambassador to the United States, Michael Oren, threatened that should the Palestinians go ahead with their plan to seek international recognition of statehood at the UN in September, Israel will void all peace agreements, and the US support to them will be jeopardized.

He said that Israel will not be committed to all signed peace agreements, and that “there are agreements that were signed with the Palestinian Authority, and not the Palestinian government, including agreements regarding exports and imports, water, and security cooperation.

Meanwhile, Palestinian President, Mahmoud Abbas, stated Wednesday that the Palestinian decision to head to the UN is not, in any way, an alternative to peace talks with Israel, but a move to achieve international support to the legitimate Palestinian rights.

The United States said it strongly oppose the move, while several officials stated that Washington will use its Veto power to void the Palestinian UN move. The US believes that direct talks with Israel are the only means to achieve a peace agreement.

The Palestinians had to withdraw from talks with Israel as it violated its obligations, and resumed all of its illegal construction and expansion of Jewish-only settlements in the occupied West Bank, including in occupied East Jerusalem.

The P.A decision was also made in protest to Israel’s ongoing violations and military escalation in the occupied territories.