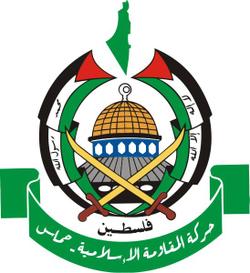 Islamic Resistance Movement, Hamas, stated that the Friday evening speech of Palestinian President, Mahmoud Abbas, at the United Nations, “is filled with contradictions, despite its emotional start”. Hamas said that Abbas managed to relay the suffering of the Palestinian people living under Israeli occupation, facing assaults and massive deportation and expulsion from their historic land when Israel was established in historic Palestine in1948.

But the movement added that, ‘despite this emotional opening of his speech, Abbas went on to recognize the state of Israel that was established on %80 of the historic land of Palestine.

It further stated that despite the fact that Abbas admitted to the failure of peace talks with Israel, and Israel’s usage of these talks to continue its violations and settlement activities, “He insisted that he is committed to the diplomatic and political path that failed over the last twenty years”.

Hamas also said that “when Abbas talks about an agreed upon solution to the conflict, he denies the Palestinian legitimate right to armed resistance against the Israeli occupation, and only limits this resistance to nonviolent means”, the Hamas-affiliated Palestine-Info news website reported.

The movement also slammed Abbas for refusing to isolate Israel, and added that “Abbas was boasting about the security government of Dr. Salaam Fayyad in the West Bank, despite the fact that it is running under direct American support that is biased towards Israel, and acts against the resistance and the Palestinian people”.

It added that when Abbas talks about reconciliation between the Palestinian factions “he only means elections, without referring to reforming the Palestinian Liberation Organization as the base for political partnership”.

Hamas called for defining a national Palestinian strategy based on delegitimizing Israel and on resistance until liberation, self-determination, and the return of all refugees to their lands.